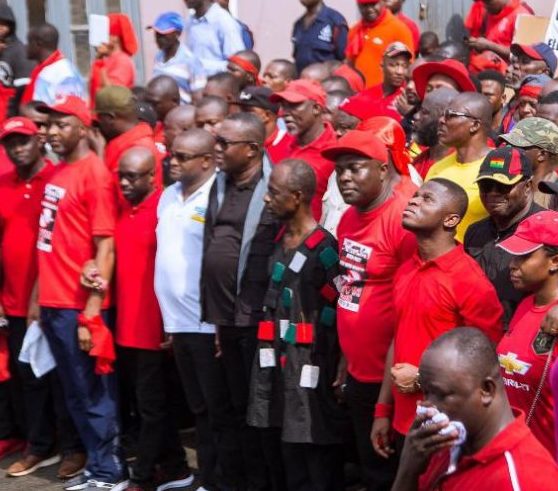 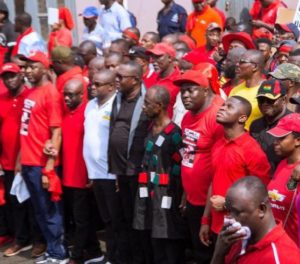 The opposition National Democratic Congress (NDC) Youth Wing has served notice of a planned demonstration set for Tuesday, July 06, 2021, dubbed “A march for Justice” in Accra.

A letter sighted by Kasapafmonline.com addressed to the Inspector General of Police (IGP) and signed by the National Youth Organizer for the NDC, George Opare Addo indicated that the NDC was informing the Police of the demonstration in line with the Public Order Act.

“The protest is to demand justice for all killed and brutalized by State-sponsored thuggery and/or adventurism by the Police and Military forces. It also to seek social justice for the unemployed youth in the country,” he stated.

According to him, the protest will end with a presentation of a petition to President Akufo Addo, the Speaker of Parliament, and the Inspector General of Police.

“It’s time to be counted. We will March and demand justice, peacefully and present our petition to the powers that be. I call on every Ghanaian to join us in this struggle! Let’s do it for our fallen brothers! Arise Ghana Youth! #Justice4Kaaka #Justice4TheEjura2,” Opare Addo further wrote on his Facebook handle Wednesday.

Below is a copy of the letter 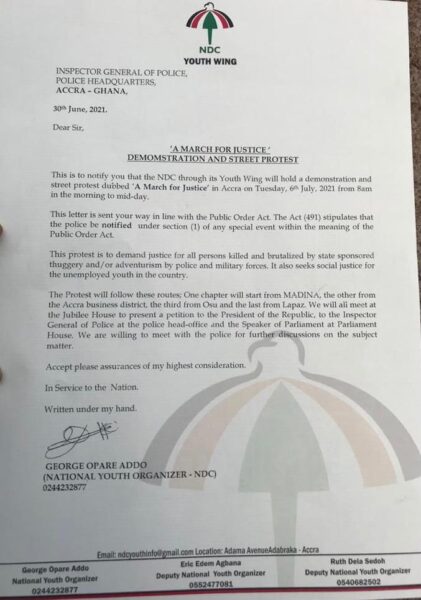 Two people on Tuesday were shot dead while six others sustained varying degrees of injuries at Ejura after police opened fire on angry youth protesting the murder of social activist Muhammed Ibrahim popularly known as Kaaka.

This comes after an activist of the #FixTheCountry movement, Ibrahim Mohammed, alias Kaaka was killed by unknown assailants for his advocacy at Ejura Sekyeredumase.

He is said to have had his head clubbed in his home Friday night by the assailants until he became unconscious and was rushed to the Ejura Government Hospital. He was later transferred to the Komfo Anokye Teaching Hospital in Kumasi where he died Monday afternoon.

‘Soldiers are paid to shoot to kill not control, disperse protesters’ – Nunoo-Mensah