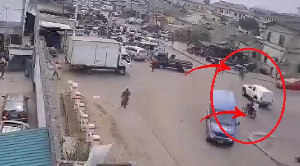 • Two weeks after the attack, CCTV footage of the incident has emerged

Closed-Circuit Television [CCTV] footage of the deadly armed robbery attack which occurred at Adedenkpo-Jamestown in Accra has finally surfaced.

The images sighted by GhanaWeb show how the criminals executed their robbery around 11:00 am on Monday, June 14.

The gang of 6 who were on three motorbikes with a pillion rider behind each of them started trailing the white Bullion Van from Abossey Okai heading towards Korle Bu Mortuary road.

At the Laterbiokoshie traffic light which is around the old Nkrumah flats and Bishop Bowers, the robbers were pretending to be Okada riders going about their normal business.

The robbers who hid their firearms took cover behind some commercial and private vehicles so as to raise no suspicion from onlookers.

The robbers were later seen in another shot at the Korle Bu Junction traffic light branching towards the direction of the Van which was heading towards Jamestown.

However, at Adedenkpo, the Bullion Van took an unusual route where the robbers took advantage to execute their strategy.

In what looked like an action movie, one of the bikers quickly drove past the bullion van to stop at the intersection while the other drew closer to the van.

The robbers later fired warning shots to scare people away before shooting to kill the police officer in the front seat.

At this point, the six robbers seized and raided the van robbing it of its cash contents.

Afua Badu, a lady who tried to raise an alarm of the robbery attack was later shot dead by one of the robbers.

The robbers escaped the scene shooting indiscriminately into the sky as they drove towards the Korle Bu route. 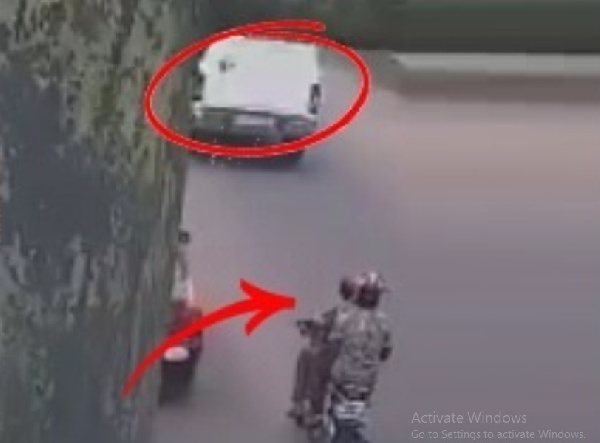 The robbers captured at Laterbiokoshie traffic light following the van 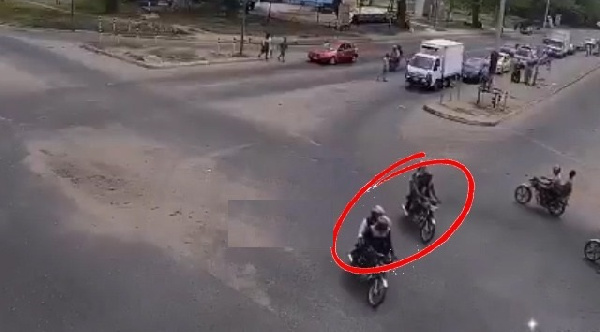 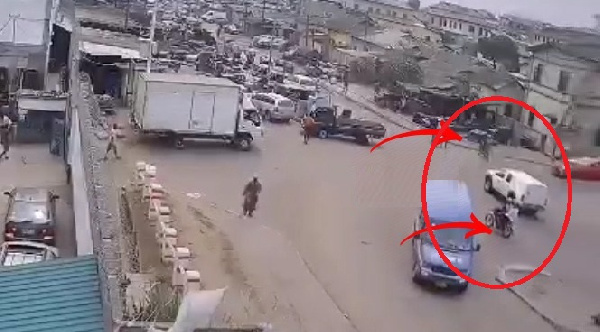 The robbers about to execute their plan 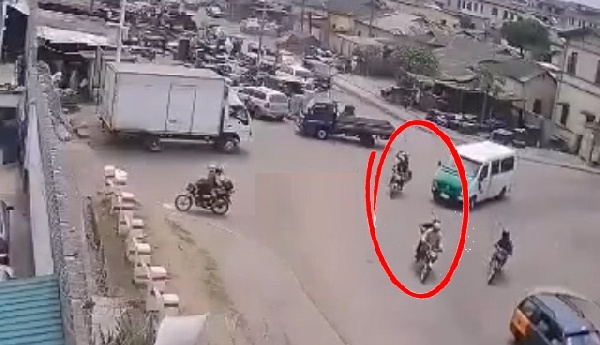 The robbers fleeing the scene

You are a lawyer, speak with facts – Kwame Nkrumah Tikese slams Sammy Gyamfi

4 dead, scores injured in a gory accident on Kintampo road