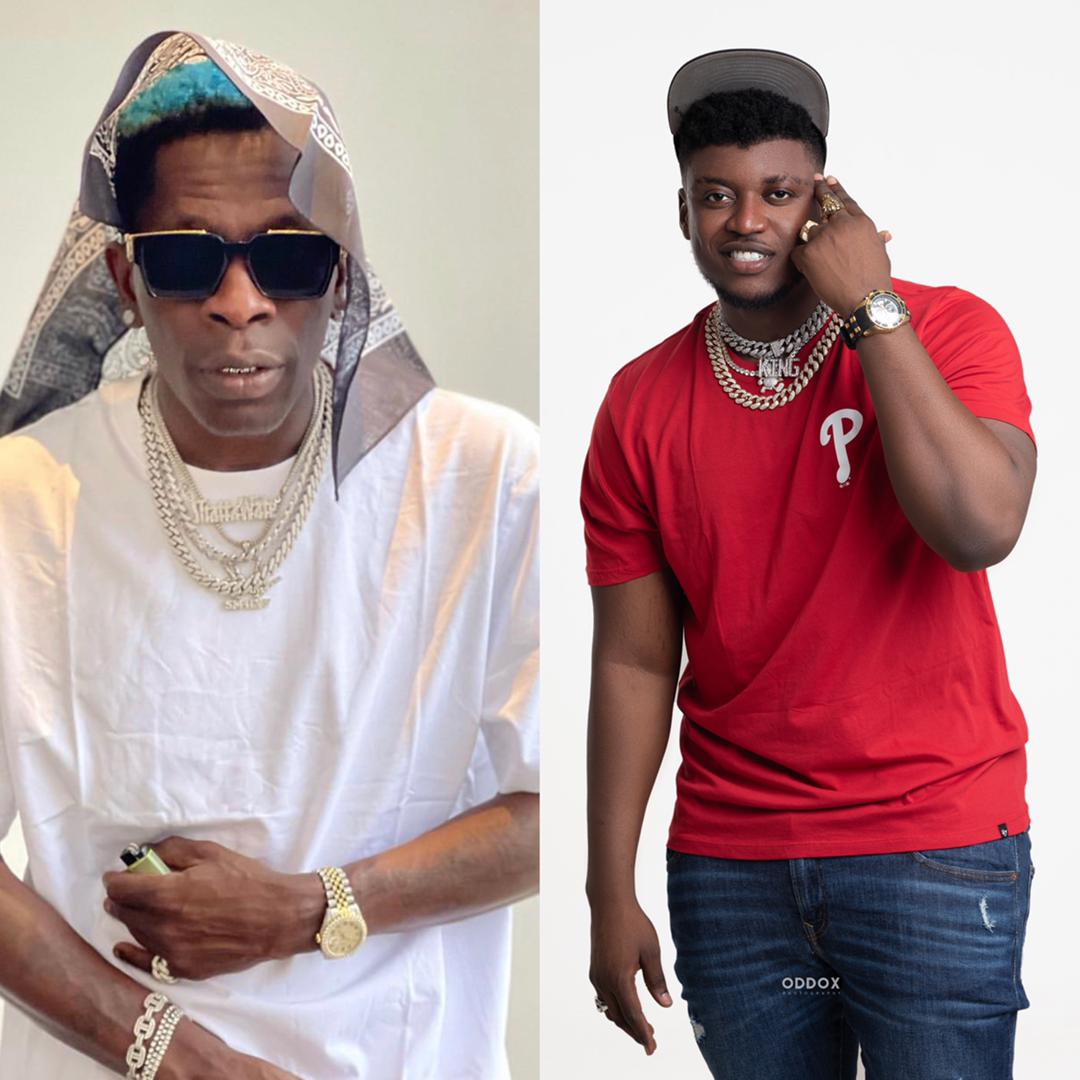 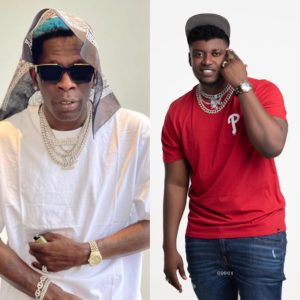 Multiple award-winning Ghanaian dancehall artist, Shatta Wale, has endorsed fast-rising talented Ghanaian trap rapper, Gambo’s ‘New Era’ Extended Play (EP).
Hooking up with Gambo in a latest video, Shatta Wale otherwise known as “Don 1” stated Gambo’s songs need support because he Gambo “is a great artist.”
Shatta Wale, the ‘Blow Up’ crooner was full of excitement as he endorsed Gambo who has made his presence in the Ghanaian music industry felt so greatly over just a short period of joining.
The endorsement from Shatta Wale,  one of the greats within the entertainment industry in Ghana and Africa, comes as Gambo is poised to become the future of music in Ghana.
The ‘New Era’ EP was launched on June 18, 2021 and has seen Gambo featuring the likes of veteran rapper, Ayigbe Edem, Strongman, Medikal and Sefa.
There are five tracks off the “New Era” EP. The EP is dominated by current trending stars in Ghana.
D-Black’s Black Avenue Muzik label signee, Sefa, who is currently dominating local charts with her latest hit single “E Choke” (which features Mr Drew) was the only female star recruited for the EP.
Announcing the release, Gambo shared the tracklist on his Instagram page on Monday, June 14, and captioned: “#NewEraEp 9pm this Friday‼️ Anticipate‼️ Which track will be?”
Gambo’s management has stated that the project will drop this Friday and will be available on all streaming platforms online.
Songs on the EP include: ‘No Stress’ produced by Goodboi; Beautiful featuring Sefa and produced by DJKwamzy; ‘We Move’ featuring Strongman.
The ‘Beautiful’ song speaks about the heartbreak Gambo suffered in the hands of his ex-girlfriend.
Gambo is deeply emotional about the song.
According to him, the song is one that anyone who has experienced a broken-heart can listen to and console themselves.
The track is off his Extended Play (EP).
Earlier this year when Gambo released the ‘Drip’official video believed to be the most expensive music video for 2021 so far, Gambo made it clear that there was a song for everyone on his upcoming EP.
‘Drip’ saw Gambo recruiting the services of celebrated Ghanaian recording artist, Ayigbe Edem.
‘Drip’ was premiered at 4syte TV premises in Accra on Friday, February 26, 2021 and is well positioned to take the Ghanaian music industry by storm.
The premiere attracted several A-list artists, with live performances from Kechi and others.
‘Drip’ was the first song off Gambo’s Extended Play. The banger is available on all major streaming platforms including YouTube, Audiomack.
The EP was launched on April 9, 2021.
‘Drip’ was produced by popular Ghanaian record producer, Fortune Dane.
https://youtu.be/6HtYkW0Kvjc
Starring in ‘Drip’ official video are curvaceous Ghanaian actress, Moesha Boduong, and social media sensation, Shugatiti.
Moesha and Edem were both in attendance at the premiere, which saw music lovers thrilled to great songs and performances from Gambo himself and other artists who came to support him.
‘Drip’ official video was shot on the seventh floor of the leading hotel in Ghana, Kempinski Hotel, Accra.
The video perfectly showcases the luxurious side of Ghana, and is comparable to music videos of top American recording artists.
https://en.m.wikipedia.org/wiki/GAMBO
Source: thepressradio.com
Related Topics:ENDORSESfuturegamboGhanamusicOFshattaTHEwale
Up Next

Shatta Wale caught up in a mess