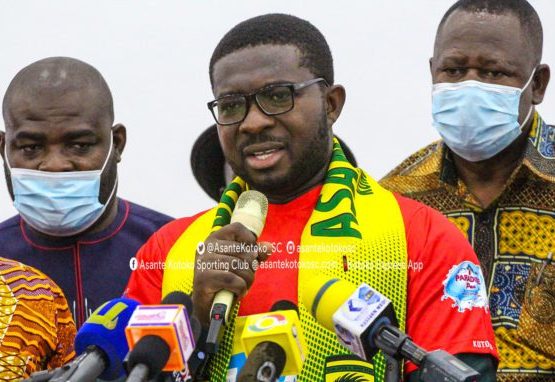 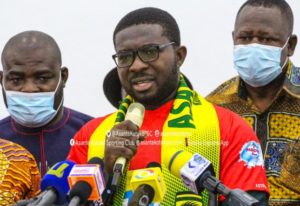 Asante Kotoko Chief Executive Officer, Nana Yaw Amponsah, has assured that his side will pick all three points against Hearts of Oak on Sunday.

The Porcupine Warriors will be hosted at the Accra Sports Stadium by their bitterest rivals in the matchday 31 games on Sunday, a game that has been touted as the decider for the 2020/21 campaign.

Kotoko recorded a 2-1 win over Karela United on Wednesday at the Obuasi Len Clay Stadium while Hearts of Oak also tamed their city rivals, Legon Cities 2-1 on Thursday night in the matchday 30 games at the Accra Sports Stadium.

Despite the resurgence of their rivals and having recorded eight matches unbeaten, Mr Amponsah says they are coming to their favourite grounds on Sunday, stressing that the Phobians are aware that their unbeaten run will come to an end.

“For me, this is important for me and the club on Sunday,” he said as reported by Asempa FM ahead of the much-anticipated game this weekend in Accra.

“We wanted to win the first league game but ended in a draw but going into this game, we are well prepared and convinced of a win.

“Hearts of Oak and their fans knows Accra is our dominant ground and they are aware that we will surely win on Sunday,” he added.

Both Asante Kotoko and Hearts of Oak are tie-up with 56 points after 30 matches played.

The much-anticipated game has been scheduled to kick off at 15:00GMT.

Tickets for Hearts of Oak vs Kotoko match sold out – Report