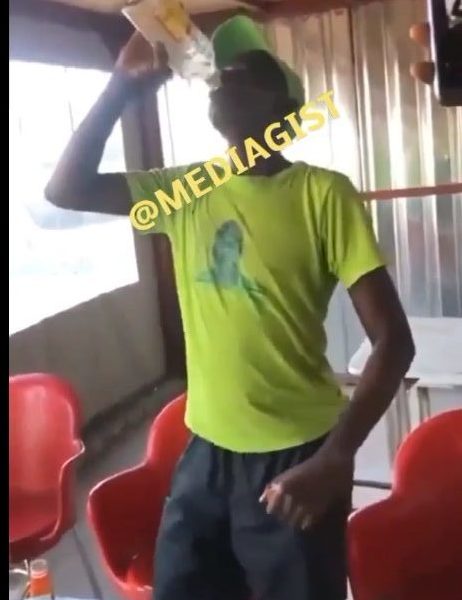 In videos uploaded on social media, the 70-year-old man is seen challenging some youth gathered in a bar, while they film him.

The man grabbed a full bottle of local gin and gulped its content hurriedly while his contenders cheer him on.

A few seconds after he was declared winner, the man could be seen with discomfort in his chest, as he makes several attempts to vomit out the liquor.

He hit his chest and slumped to the floor.

Subsequent videos recorded the funeral ceremony held for the man.

Mourners could be seen celebrating him for the last time, as they flood his coffin with his alcohol.

Related Topics:man
Up Next

55% of children in Ghana considering a move abroad -Report

VIDEO: Meet the Ghanaian man with the largest family of 47 wives and 240 children