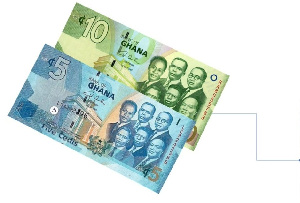 • Their clash received mixed reactions from viewers of the TV show

Social media platform Twitter has been inundated with views and trolls following an altercation that ensued between two Date Rush contestants over an amount of money one sent to the other.

Millicent, one of the contestants of the TV reality show claimed on Date Rush reunion, Sunday, that her date, Nathaniel had not been truthful to her. Explaining her assertion, she said although Nathaniel claimed earlier that he was an accountant and a Chief Executive Officer of Bongo Farms, he once called her and requested GH¢15 to print his CVs so he could attach them to his application letters.

Millicent mentioned that she wondered how a CEO and accountant would be in need of such an amount a few weeks after telling the world what he does for a living.

Nathaniel however rebutted the claim and insisted that he rather requested GH¢50. According to him, the claim that he needed GH¢15 to print CVs was completely false. He asserted that he was stranded in town and needed help – a reason he reached out to his date.

Nathaniel maintained that he had nothing on him after running errands and needed money for transportation. Millicent however retorted. She expressed that although Nathaniel had promised to pay back, he once asked her whether he should repay or not. According to her, if her date wanted to pay back ‘the loan’, he would have done so without asking.

This triggered reactions from some viewers. While some resorted to memes and trolled Nathaniel, others found nothing wrong with a man seeking help when the need arises.

Below are a few reactions