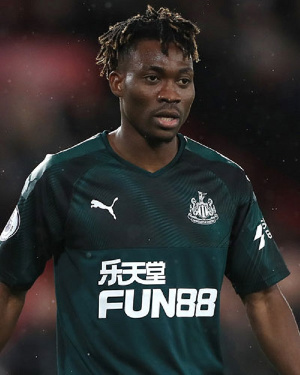 Ghana international Christian Atsu has hinted of a move outside Europe after parting ways with English Premier League side Newcastle United.

The Black Stars winger recently announced his departure from Newcastle after the expiration of his contract.

With his contract due to expire July 1, Atsu will be looking elsewhere for other opportunities after enduring a difficult 2020/21 season.

Speaking to Ibrahim Kwarteng, the CEO of Crime Check foundation, Atsu confirmed he will be leaving Europe but failed to disclose his next destination.

“I have a lot of offers but I think I will leave Europe but I cannot say anything for now,” he said.

He has been approached by Saudi Arabian Pro League side Al Raed FC who are desperate to land his signature to improve their squad.