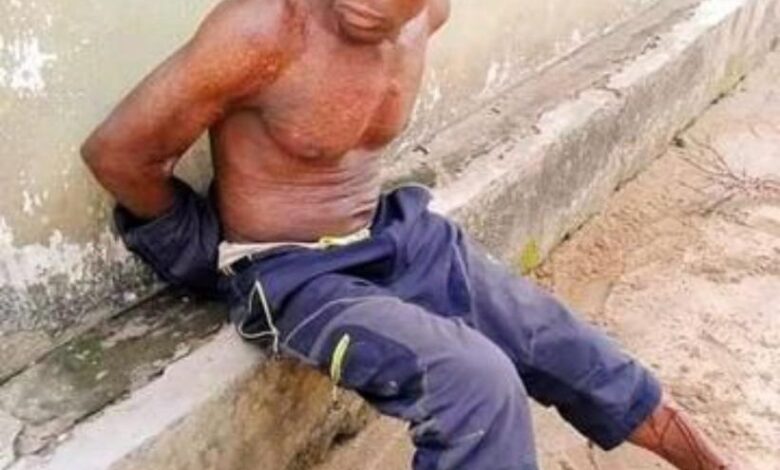 The founder of Omega World Global Ministries in Ikot Abasi, Akwa Ibom State, Pastor Enoch, has been arrested for allegedly killing his wife and burying her in a shallow grave.

It was gathered that the community became suspicious when the pastor’s children complained to neighbours that they had not seen their mother for days after she had a quarrel with their dad.

The youth of the community, led by their president, Johnson, subsequently went to search the pastor’s compound for interrogations.

It was within the heat of the pressure that the pastor confessed to have killed and buried her in a shallow grave behind his house.

He later led the youth to the grave, where the decomposed body of the woman was exhumed.

Johnson was quoted to have said: “I am just coming from the (police) station now, he just opened up that he killed the woman about seven days ago. From what the children said, they (the pastor and the wife) had been having issues and sometimes he would say in front of the children that he would kill the wife and nothing would happen.”

“On this particular day, the man chased the children away when he and the wife started fighting.”

PHOTOS: An armed robber who operates as a taxi driver exposed