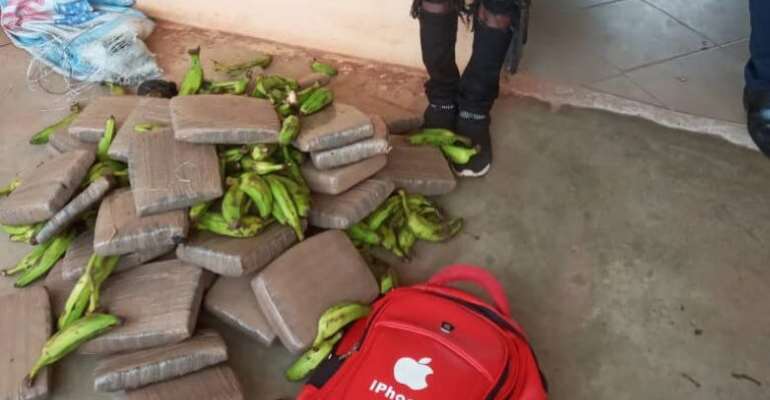 The Akim Oda Divisional Police Command in the Eastern Region has intercepted a taxi cab transporting 31 compressed slabs of dried leaves suspected to be marijuana.

The patrol team also arrested a 39-year-old man Kofi Owusu who claimed ownership of the illicit item in the taxi cab with registration number GX 779-20 driven by Christian Aboagye.

The Oda Divisional Police Patrol Team led by Chief Inspector Albert Adawu made the arrest on June 11, 2021, on the Akyem Akroso highway.

A search conducted in the car found a red bag and fertilizer sack containing plantain.

Further search revealed the compressed parcels of dried leaves suspected to be Indian hemp concealed in the plantain. 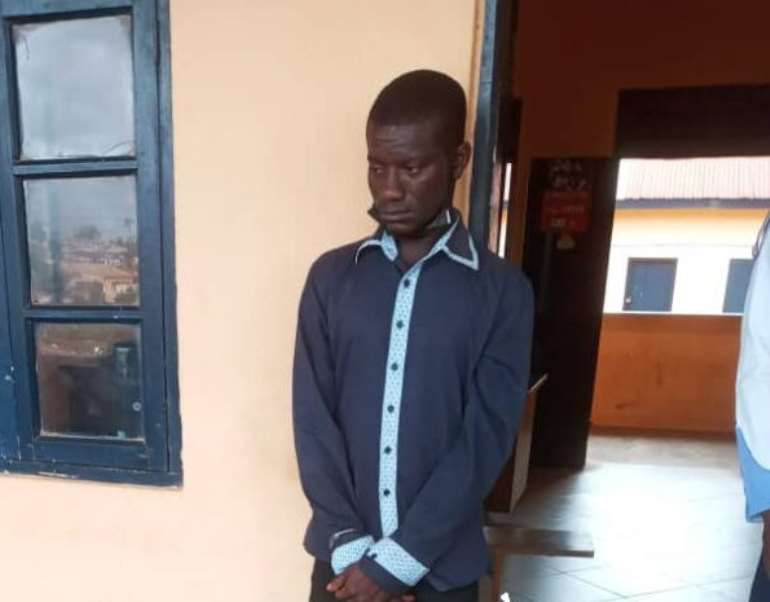 A total of 31 parcels were retrieved and counted in the presence of the suspect.

The suspect claimed ownership of the items hence arrested by the Police.

The Public Relations Officer of the Eastern Regional Police Command DSP Ebenezer Tetteh confirmed the arrest and stated that the suspect will be put before a court.

Father of suspected armed robber hands him over to Police