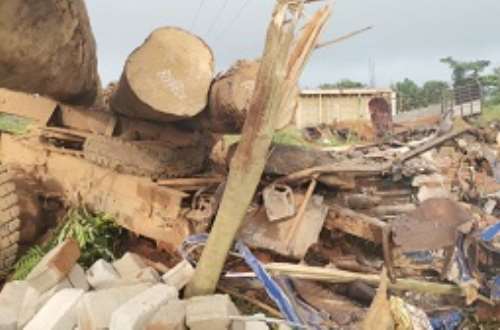 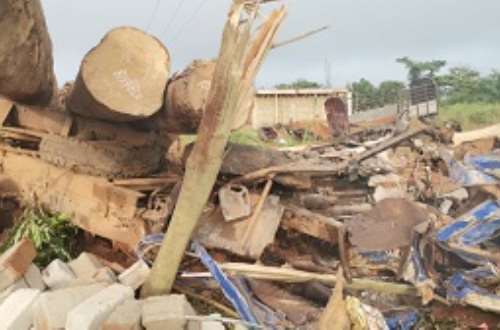 The accident which occurred on Tuesday June 8, 2021 at about 5:45 pm also claimed the lives of four cows on the spot

Some eyewitness said the logging truck trailer which was carrying eight big logs of Timber collided with a cargo car transporting cattle on Kumasi-Obuasi highway.

They added that three of the timber logs violently surged forward from the moving truck and crushed the cargo car with the registration number AS 8327-Y leading to the death of five people from both vehicles.

One Samuel Yeboah who help to rescue the two survivors said it took more than two hours before the victims were removed from the vehicles with the help of the locals, police and ambulance service personnel who rushed to the scene.

The victims were rushed to Okomfo Anokye Teaching Hospital and are responding to treatment.

4 dead, 2 in critical in a head-on collision at Kwanwoma