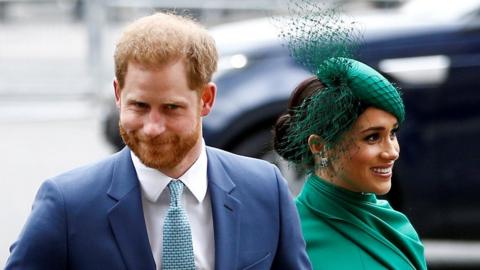 The Duke and Duchess of Sussex have announced the birth of their second child, a baby girl.

Lilibet “Lili” Diana Mountbatten-Windsor was born on Friday morning in a hospital in Santa Barbara, California.

Both mother and child are healthy and well, Prince Harry and Meghan said in a statement.

The couple said they named their second child Lilibet after the Royal Family’s nickname for the Queen, the baby’s great-grandmother.

Her middle name, Diana, was chosen to honour her “beloved late grandmother”, the Princess of Wales, the statement said.

She is the Queen’s 11th great-grandchild and is eighth in line to the throne.

In a message of thanks on the couple’s Archewell website, they said: “On June 4, we were blessed with the arrival of our daughter, Lili.

“She is more than we could have ever imagined, and we remain grateful for the love and prayers we’ve felt from across the globe.

“Thank you for your continued kindness and support during this very special time for our family.”

The message adds that anyone wishing to send gifts is asked to “support or learn more about” organisations working for women and girls.

They have not released any photos of their daughter.

Prince Harry and Meghan met on a blind date and married in May 2018 in a ceremony at Windsor Castle. They welcomed their first child, Archie Harrison Mountbatten-Windsor, a year later.

Meghan’s friend, Misan Harriman, who took black-and-white photographs of the couple for their pregnancy announcement, tweeted his congratulations: “Lilibet has arrived! Congratulations to my brave friend and her lovely family!”

The couple quit their roles as senior working royals in March 2020 and now live in California.

Their statement said it was with “great joy” that they welcomed Lilibet “Lili” Diana Mountbatten-Windsor to the world.

“The Duke and Duchess thank you for your warm wishes and prayers as they enjoy this special time as a family.”

Lilibet – the Queen’s family nickname – was coined when then-Princess Elizabeth was just a toddler and couldn’t pronounce her name properly.

Her grandfather, King George V, would affectionately call her Lilibet, imitating her own attempts to say her name. It soon stuck and she became Lilibet to her family from then on.

The Queen’s late husband, the Duke of Edinburgh, also called her by the nickname, and wrote to his mother-in-law after their wedding: “Lilibet is the only ‘thing’ in the world which is absolutely real to me.”

Baby Lili’s middle name, Diana, is in tribute to Prince Harry’s later mother Diana, who died in a car crash in 1997 when he was 12 years old.

Lili’s cousin, Princess Charlotte, the daughter of the Duke and Duchess of Cambridge, also has Diana as one of her middle names, as well as Elizabeth. 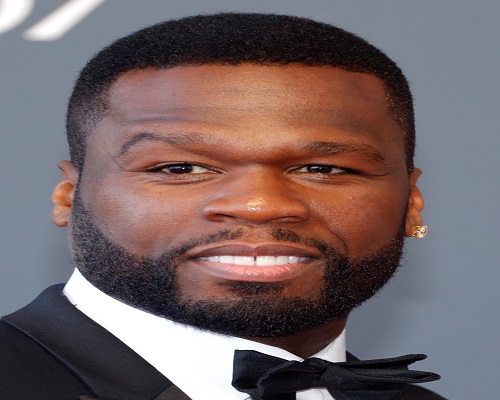 News of rapper 50 Cent’s death spread quickly earlier this week causing concern among fans across the world. However the June 2021 report has now been confirmed as a complete hoax and just the latest in a string of fake celebrity death reports. Thankfully, the rapper best known for hit songs like Candy Shop or In da Club is alive and well.

Rumors of the rapper’s alleged demise gained traction on Saturday after a ‘R.I.P. 50 Cent’ Facebook page attracted nearly one million of ‘likes’. Those who read the ‘About’ page were given a believable account of the American rapper’s passing:

Hundreds of fans immediately started writing their messages of condolence on the Facebook page, expressing their sadness that the talented 45-year-old rapper, actor and business man was dead. And as usual, Twittersphere was frenzied over the death hoax.

Where as some trusting fans believed the post, others were immediately skeptical of the report, perhaps learning their lesson from the huge amount of fake death reports emerging about celebrities over recent months. Some pointed out that the news had not been carried on any major American network, indicating that it was a fake report, as the death of a rapper of 50 Cent’s stature would be major news across networks.

A recent poll conducted for the Celebrity Post shows that a large majority (92%) of respondents think those 50 Cent death rumors are not funny anymore.

50 Cent Death Hoax Dismissed Since Rapper Is ‘Alive And Well’

On Sunday (June 20) the rapper’s reps officially confirmed that 50 Cent is not dead. “He joins the long list of celebrities who have been victimized by this hoax. He’s still alive and well, stop believing what you see on the Internet,” they said.

Some fans have expressed anger at the fake report saying it was reckless, distressing and hurtful to fans of the much loved rapper. Others say this shows his extreme popularity across the globe. 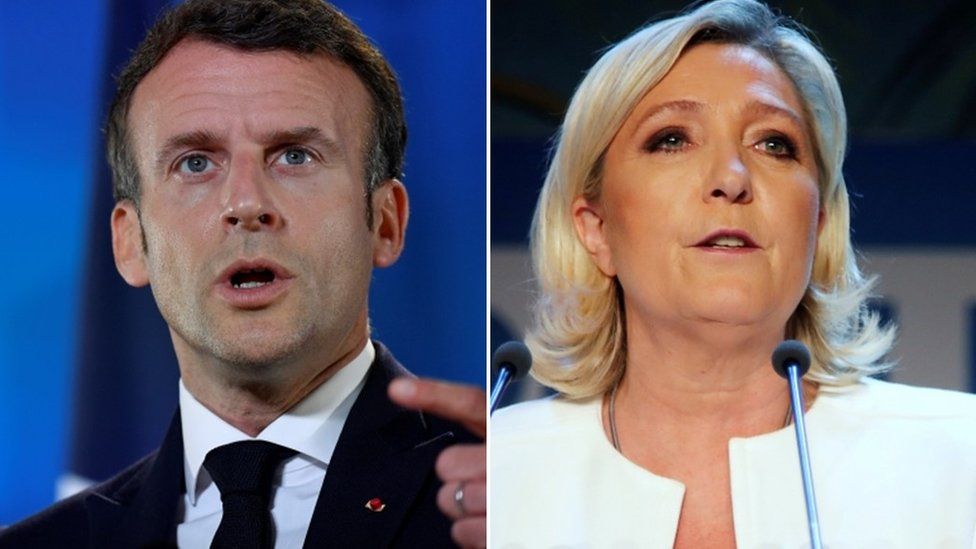 Early results indicate both President Emmanuel Macron and his opponent Marine Le Pen will fail to make the gains they were hoping for in the first round of regional elections in France.

Mr Macron’s centrist party is projected to gain more than 10% of the vote – just enough to take part in the second round next weekend.

Both are trailing the conservative party, Les Républicains.

One of Mr Macron’s MPs, Aurore Bergé, described her party’s poor performance as a “democratic slap in the face for all of us”.

Ms Le Pen’s National Rally party was expected to top Sunday’s first round of polling, and win at least one region for the first time. Instead it is now predicted to come second.

Mrs Le Pen is not running as a candidate but she has been leading the campaign.

She described the record-low voter turnout – a projected 66% abstention – as a “civic disaster”.

She blamed the results on the government’s inability to inspire faith in political institutions. “Let’s face it, the results were marked by a torrential and also historic abstention of nearly 70% due to the mistrust of an electoral system, which leaves voters with the feeling that nothing can change, that everything has been confiscated,” she said.

Voters are choosing new councils for France’s 13 mainland regions, plus one overseas, as well as 96 departments. There are more than 15,700 candidates standing for 4,100 seats.

This election is being watched particularly closely, because the next presidential elections are less than a year away. It is being used to get a taste of voters’ mood.

An Ipsos exit poll shows the conservative Les Républicains winning 27% of the vote, followed by National Rally with 19%. The Greens, the Socialist Party and Mr Macron’s La République En Marche (LREM) are all on 11%.

This is the first time President Macron’s party has taken part in regional election – La République en Marche did not exist the last time they were held in 2015.

His party was not expected to do particularly well in this election. Last month a minister told AFP news agency: “These elections are never good for the party in power. You always get it in the neck.”

Yet LREM has still fared worse than expected. It will not win any region outright, having failed to gain enough support in local regions.

Mr Macron will now undoubtedly face a challenge ahead of the presidential vote in April 2022.

The regional election was delayed for three months because of the pandemic. There will be a second-round run-off on 27 June. 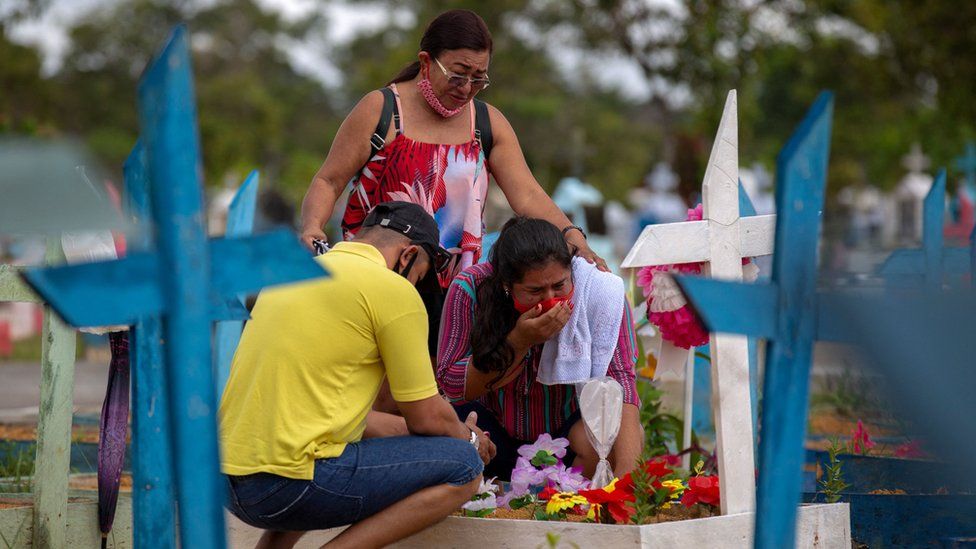 The number of deaths related to Covid-19 has passed 500,000 in Brazil, the second-highest in the world, as experts say the outbreak could worsen amid slow vaccination and the start of winter.

The virus continues to spread as President Jair Bolsonaro refuses to back measures like social distancing.

The health institute Fiocruz says the situation is “critical”. Only 15% of adults are fully vaccinated.

Congress is investigating the government’s handling of the pandemic.

President Bolsonaro has been heavily criticised for not implementing a co-ordinated national response and for his scepticism toward vaccines, lockdowns and mask-wearing requirements, which he has sought to loosen.

The opposition accuses the president of delaying the purchase of vaccines for political reasons, as he has consistently played down the severity of the pandemic.

The outbreak in Brazil has been fuelled by more transmissible variants of the virus, including the one first identified in the Amazon region and now known as Gamma. An average of 70,000 cases has been confirmed daily in the last week.

The rate of occupancy of intensive care unit beds remains at or above 80% in most states, and experts warn the start of winter in the southern hemisphere, next week, could result in more infections.

“Brazil faces a critical scenario of community transmission… with the possibility of worsening in the coming weeks due to the start of winter,” Fiocruz said.

On Twitter, Health Minister Marcelo Queiroga expressed solidarity with the “fathers, mothers, friends and relatives” of those who had died, saying: “500,000 lives lost due to the pandemic that affects our Brazil and the whole world.”

Only the US has reported more deaths related to Covid-19.

The seven-day daily average of deaths in Brazil has been above 1,500 since March. Gonzalo Vecina, the former head of the health regulator Anvisa, said the slow progress of the vaccine programme had and would continue to cost lives.

“There are 500,000 deaths, and unfortunately, it will continue to increase because it will take some time to increase vaccination coverage. Maybe this year will also be difficult because we depend on the delivery of vaccines, which were purchased very late,” he said.

On Saturday, thousands of people protested across the country against the Bolsonaro government and to demand the acceleration of the vaccination programme. Many cities have struggled with insufficient number of doses.

President Bolsonaro has opposed lockdown measures, saying their impact on the economy would be worse than the virus. But he insists he has done all he can to buy vaccines from several countries.