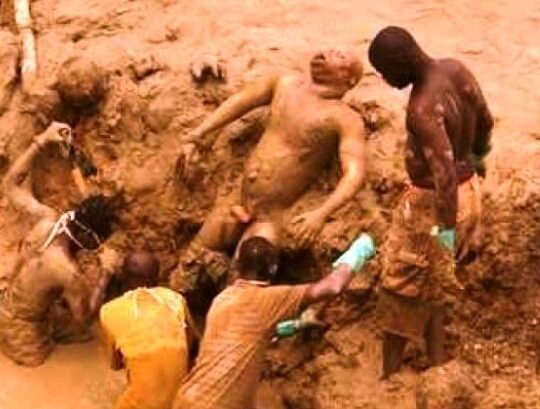 A rescue team is racing against time to save the lives of at least eight miners trapped in a pit at Gbane in the Talensi District of the Upper East Region.

According to eyewitnesses, the miners were believed to have been trapped in underground tunnels on Tuesday, June 1.

Flooding after a heavy downpour has made the rescue effort difficult, putting the lives of rescuers in danger.

Meanwhile, additional pumping machines have been deployed to the site to facilitate draining to enable the rescuers to reach the trapped miners.

The Upper East Regional Police Commander, Assistant Commander of Police (ACP) George Alex Mensah, said they were hopeful of a positive outcome from the operation upon surveying the site.

“As of now, the assumption is that there are missing persons, and we will be only able to tell whether it is one, two or three when the rescue operation is finished,” he revealed.

History of trapped miners in Gbane

The two were watering an area when a hanging heavy boulder fell, trapping them in a muck.

A team arrived at the scene to their rescue, and they were rushed to the hospital but pronounced dead on arrival.

In a related development, a mine blast that occurred at Gbane in 2017 killed seven people.

The miners were said to have died after inhaling toxic fumes from the explosion while underground.

I fear for my life – Mother of Rasta student