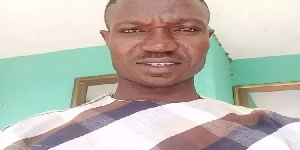 The driver of the Karaga District Chief Executive Ziblim Issah has been killed by some unknown assailants at Yamo-Karaga near the capital.

The incident is believed to have occurred in the late hours of Friday, May 28.

The driver is believed to have been returning from Tamale, where he went to service the Nissan Patrol.

The matter was reported to the Karaga District police by some residents, who found the car parked and suspected something was wrong.

The police on reaching the scene realized the driver was shot.

His body has since been transported to the Tamale Teaching Hospital morgue for autopsy.

Police in Karaga have also commenced investigation into the matter.