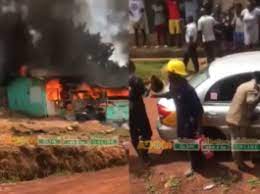 Social media has been inundated with a video of fire service personnel arriving at an emergency scene in a chartered taxi to douse flames at Akyem Begoro in the Eastern Region.

The video has since sparked many reactions as the fire-fighting specialists arrived at the scene without their fire trucks filled with water or other extinguishing agents but only basic fire extinguishers, which amounted to nothing.

In the video, one of the residents was heard saying the fire service truck had broken down a week before the unfortunate incident.

It took the intervention of some of the locals to try and douse the flames with some buckets of water but all yielded no positive results.

Many, who reacted to the video on social media, felt disappointed over the inability of the fire service personnel to put out the fire on time.

They urged the government to pay mind to equip and maintain the vehicles of emergency response teams across the country. 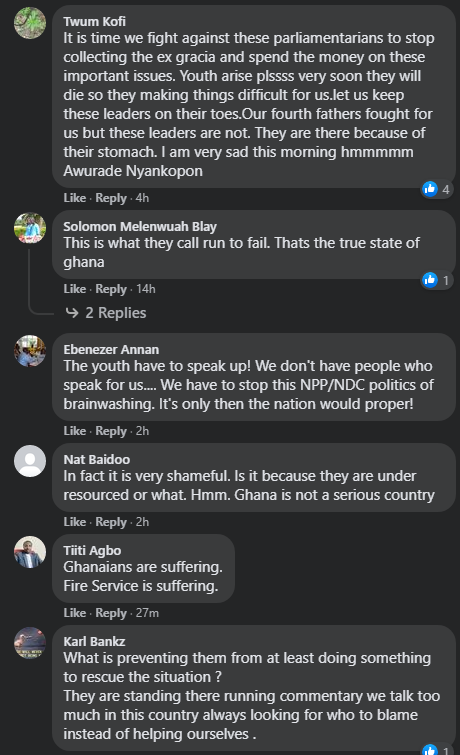 Related Topics:BEGOROFIRE SERVICE
Up Next

Why Akufo-Addo ditched presidential jet for £15,000 an hour airbus jet for his foreign travel