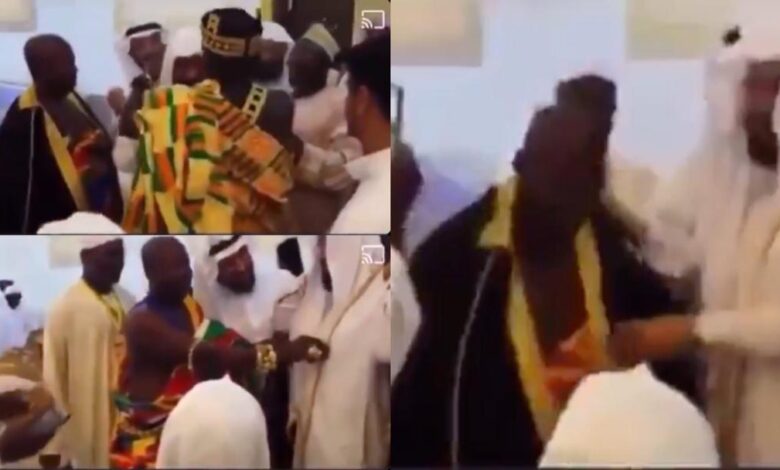 A new video that has emerged on social media has sparked uproar amongst some Ghanaians after some chiefs on a trip to Dubai decided to give out their necklaces made of gold.

The shocking part of the video was the chiefs receiving ‘Jalabia’ in return after dashing out their gold.

The video which has gone viral sees some people questioning the rationale behind what these chiefs did.

According to some people what transpired in the video cast their minds back to the days of barter trade where the local chiefs exchange gold for material things.

Ban mining for a year for reforms – Okyenhene to Gov’t