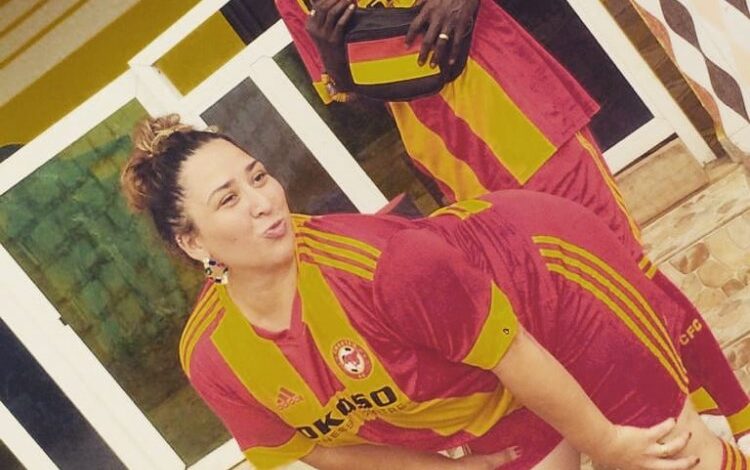 After almost five months of marriage, Patapaa’s wife, Liha Miller, has displayed her baby bump on her Instagram page.

She uploaded a video of herself joyfully dancing and she displayed her obviously larger-than-normal belly to their fans.

The Swedru-based artiste and his “obroni” wife are now set to welcome their first child.

Patapaa, who is the originator of gibberish songs, recently got married to Germany’s Liha Miller at Agona Swedru in the Central Region on Saturday, January 2, 2021.

After the “One Corner” crooner tied the knot, he confessed how his colleagues thought he got married to his wife because of German Citizenry.

“You can stay abroad for 100 years if you don’t work hard you’ll go hungry. There are people who also live in Ghana but refuse to do any menial job such people will also go hungry,”

He blasted the celebrities who did not support him as he noted they were jealous because he got married to a German lady.

“It’s a HAPPYTIME for me and my WIFE. Some of these Ghanaian Artists who are still jealous can go to HELL ????. Some people are living with a double personality like mean inside but nice outside. FORGET THEM ????.” he noted.

Patapaa furthermore asked his fans to be cautious when it comes to getting married and keeping friends.

According to him, rushing into marriage can cause long-lasting mistakes that might make the couple die sooner rather than later.