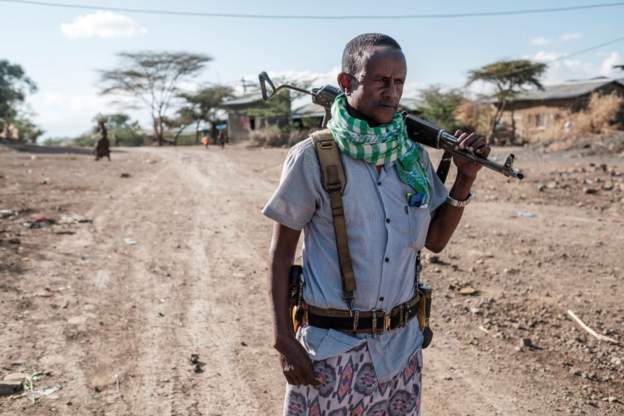 The United States is imposing wide-ranging restrictions on economic and security assistance to Ethiopia over the conflict in the Tigray region.

The US Secretary of State, Antony Blinken, also announced visa restrictions on Ethiopian and Eritrean officials and others who are accused of atrocities.

Mr Blinken stressed that international action was needed to help resolve the crisis and said those involved had taken no meaningful steps to end hostilities.

Thousands of people have been killed and many more displaced since the conflict began six months ago.

All sides have been accused of numerous human rights abuses.

Earlier on Sunday the Ethiopian government dismissed allegations that civilians in the war-hit Tigray region were targeted with chemical weapons by the Ethiopian or Eritrean armies.

Britain’s Telegraph newspaper reported that several people had suffered horrific burns consistent with the use of white phosphorous. The chemical can be used legally on a battlefield but its use against civilians is considered a war crime.

The newspaper said amongst the victims was a 13-year-old girl who suffered burns when her home came under attack last month.

Ethiopia’s foreign ministry described the allegation that chemical weapons had been used against the people of Tigray as malicious and beyond irresponsible.