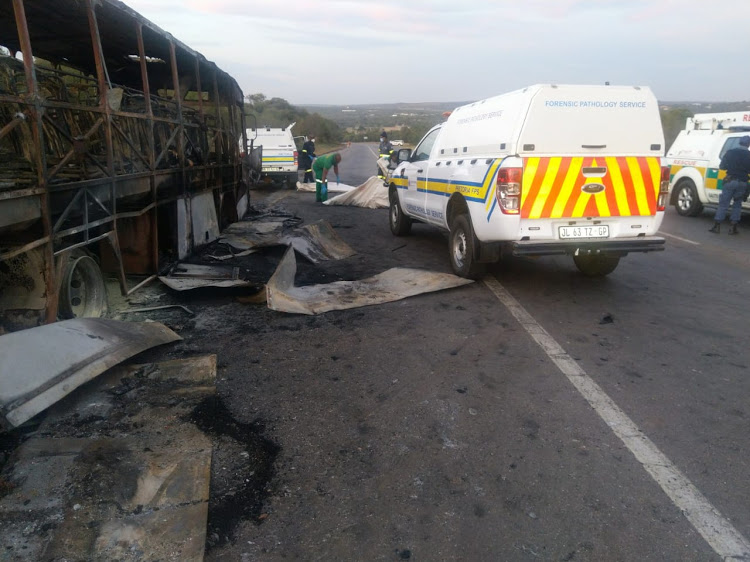 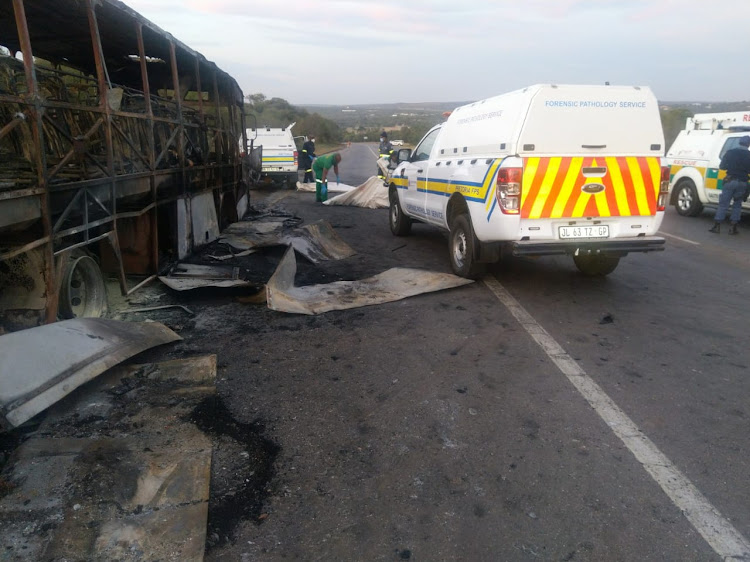 Six people died and at least 57 others were injured, one critically, when a bus caught fire in Tshwane on Friday afternoon.

The incident took place on the R573 Moloto Road.

Spokesperson Charles Mabaso said the city’s emergency services received a call about a bus on fire on the Moloto Road just after the Roodeplaat Dam at about 1.52pm on Friday. Firefighters arrived on scene to find 14 patients needing treatment, and received reports that others had already been transported to hospitals by private emergency medical services ambulances.

“Of the 14 patients, 11 suffered minor injuries, two sustained moderate injuries, and one female patient had to be airlifted to Milpark Hospital in a critical condition.

“During the cooling down of the burning bus after extinguishing the blaze, firefighters discovered what looked like charred human remains. Upon further investigation, it was discovered that six of the commuters were burnt beyond recognition,” he said.

Mabaso said the driver informed firefighters that he was told that the bus was on fire and stopped immediately.

“The driver indicated that the bus was carrying 63 commuters from Marabastad in Tshwane to Tweefontein in Mpumalanga. The cause of the fire is not yet known, and the deceased have not yet been identified.”