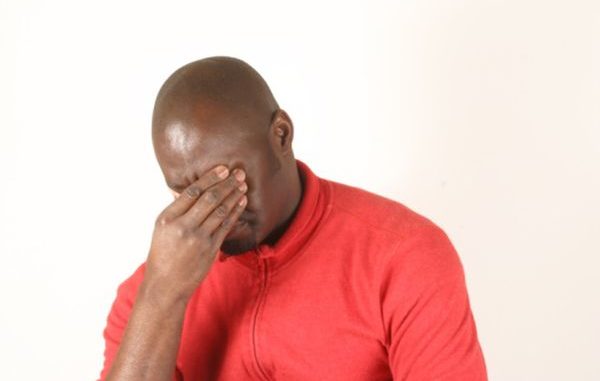 Indeed, we live in a wicked world. For many Ghanaians, this type of story is no news to them. Matters concerning abroad can be controversial if you’ve never been there before. Meanwhile, those who have been there and returned will tell you how Ghana is better than abroad.

You will challenge them but they have a point. The story of one Mr Lord Ansah Apau should be a great lesson to many who may want to travel abroad with or without their wives.

Mr Lord Ansah travelled abroad and was using his friend’s papers to work in the UK. Because he loved his girlfriend Grace, he decided to arrange for her to join him first before his siblings. He worked really hard and made enough money to pay for her trip. 23 months later, Grace, his longtime girlfriend, joined him and they were living in the same apartment.

Upon arrival, they got married shortly and life was good. Grace, realizing the opportunities she has, started acting all bossy. She wouldn’t cook, do laundry or clean the house. All she does all day was watch Netflix. The distasteful act of his wife exasperated him and made Mr Lord very toxic. They easily picked spat and one could tell there was severe tension between the duo.

In one of their random fights, Mr Ansah slapped Grace in an undeliberate manner. Truth is, he used to warn her that he will slap her but he never does. This time around, he was not thinking and took action which will send him back to Ghana.

Grace quickly phoned the police and they came around. Investigated the matter and arrested Mr Ansah. Upon realizing he was living there illegally, he was deported.

He also urged all the Ghanaians to never sell their properties and travel abroad. It’s not all rosy as they make it appear. You’ll have to work hard for original documents and before that, you’d wasted many good days. If you must travel abroad, do so because you have a job offer there, scholarship or tourist.

Sometimes, Ghanaians are their own enemies there. They can report you to the police if you offend them. So be discreet in your deeds. Never trust anyone. It’s a strange world out there. However, there are some good people who can devote their time to help you.

We may not achieve zero hunger by 2030 – First Lady