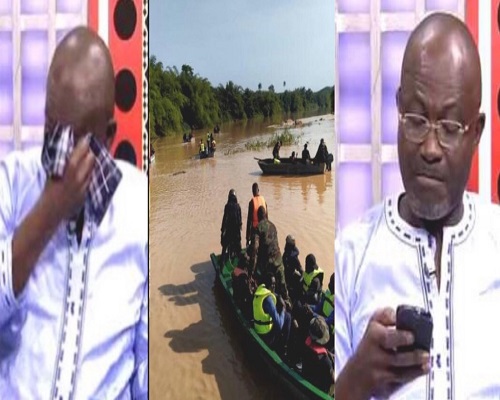 Hon. Kennedy Agyapong has blasted big men in NPP for being complicit in the Galamsey menace.

The Assin Central MP has lamented on how all his fight against Galamsey has been in vain because of some people in government.

According to Kennedy Agyapong, he sued one Galamsey lord called Donald and won the case but it still haven’t stopped him from his Galamsey business.

He says the guy is currently in the forest going on with his Galamsey business because of the protection he gets from some NPP bigwigs.

The MP also talked about how some soldiers are making money from the Galamsey fight as they easily get bribed by the Galamsey lords.

Politicians, other influential people interfering in our work – Effia Tenge