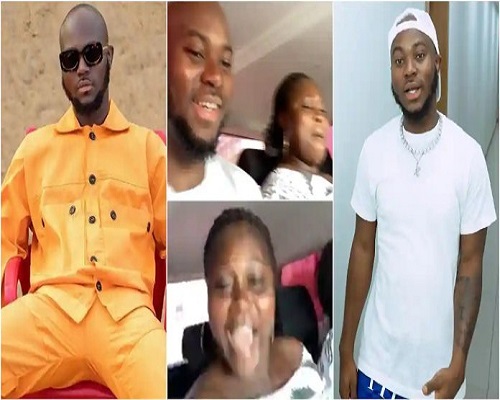 Fast rising Ghanaian singer King Promise, known in private life as Gregory Bortey Newman, has shown off his mother in a new video.

In the viral video, King Promise and his young-looking mother was cruising around in town in a car.

King Promise was seen sitting behind the wheels and driving his mother and another lady.

The excited mother jammed to his son’s latest song, Slow Down, with her friend. From the outfit she wore, King Promise’s mother seemed to be on her way to a funeral ceremony.

The video was shared on social media by King Promise who was impressed with his mother’s vibe.

Sharing the photo, King Promise described his mother as the ‘thrillest.’ “My mom is really the thrillest! a lil something to brighten up your Sunday. #SlowDown really out out now !! link in my bio ,” he said.