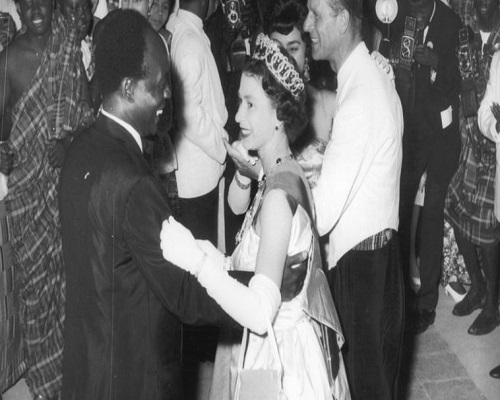 In 1961, During the cold war, Great Britain and America we’re frightened that Ghana would evacuate the Commonwealth and fall under the influence of the Soviet Union, U.K. newspaper The Times reported.

The queen who was then 35 years went on a mission to convince Ghana’s first President Osagyefo Dr Kwame Nkrumah not to quit the partnership of nations she cherished after gaining independencece from them.

On her trip to the capital city of Ghana, Accra, the queen was photographed dancing cheerfully with Kwame Nkrumah during the racial times where black people in America were still denied the right to vote because they were people of colour as we prefer to call it in our recent times.