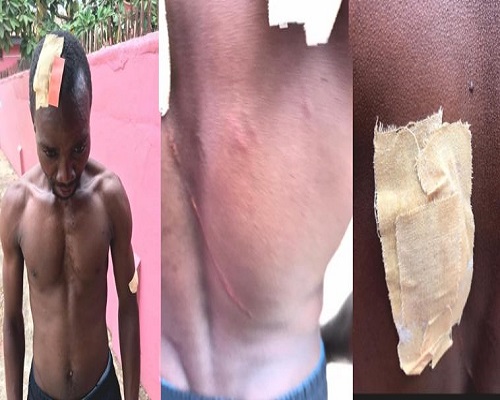 A young man has suffered painful injuries courtesy an assault meter on him by his girlfriend.

The girlfriend suspected him of cheating and she decided to unleash her wrath on him.

Photos of the man which have surfaced on the internet sees some many bruises on his body.

Apparently the girlfriend whipped him with her waistbeads and injured him with broken bottles.

From the photos, you could see the mark of the waistbeads but the injuries caused by the broken bottles have been nursed with plasters.