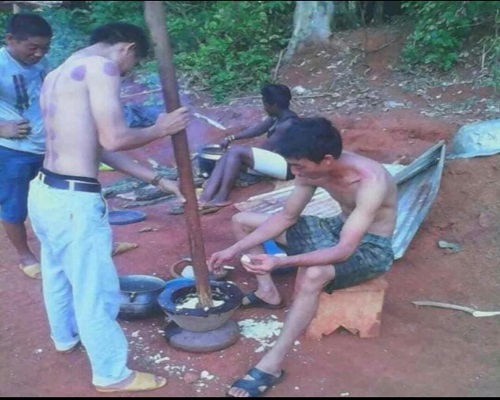 Three Chinese men have gone viral after a photo of them pounding fufu in the bush surfaced on social media.

The men, whose identities are not immediately known, were captured in the company of a young Ghanaian lady who prepared the soup for them.

In the photo, two shirtless men were spotted with one holding the pestle while the other took charge of the mortar.

The third person held his waist and observed keenly what was going on.

While details of the location remain sketchy, the photo has shocked many who believe it could be one of the galamsey prone areas.

They have expressed concerns over how foreign nationals are gradually taking over the country.

Read some of the comments below: