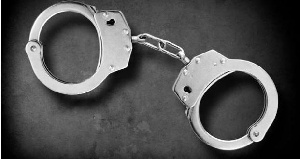 Police in Omoro District are holding a self-proclaimed prophetess on allegations of flogging her follower to death during a prayer session on Monday.

The prophetess heads a church located in Aremo Sub-county. The suspect reportedly told the deceased, Poly Grace Akullu, that besides prayer, a demon possessing her required that she be caned to chase them away.

The suspect, in the process of ‘exorcising the evil spirits,’ reportedly beat up the deceased with sticks until she collapsed.

According to Mr Walter Okecha, the Aremo Village chairperson, Akullu died on her way back home after her husband had come to her rescue.

“The husband arrived and picked her up on a bicycle but before they could reach their home, about two kilometres from the church, she fell off from the bicycle and died,” Mr Okecha said.

Akullu’s body was taken to her home pending a post-mortem since the police were informed later, according to Mr Okecha.

When contacted, Mr David Ongom Mudong, the Aswa regional police spokesperson, said he had not yet received concrete information regarding the incident from the officers in Omoro District.

But a police officer at Bobi Police Post, who requested anonymity since he is not allowed to speak on behalf of the Force, said Acaa and two others who were present during the church session have been arrested to aid in investigations. “They were arrested and have been transferred to Lalogi Central Police station in Omoro Town as investigations continue,” the officer said.

However, once the village leaders arrived at Acaa’s home where the church also sits, several believers were gathered inside the church taking turns for the deliverance sessions, Mr Okecha added.

It is reported that the prophetess has been charging her followers between Shs2,000 and Shs10,000 for each healing prayer session.

Mr Hassan Mugerwa, the Omoro District police commander, said detectives were still trying to establish the details of the incident.

“We are still monitoring the situation and establishing more details because when people are praying in the church, a lot of things happen in some of these churches,” he said.

Mr Mugerwa declined to divulge more details, including the outcome of the post-mortem report and whether a case file has been opened against the suspect.

In 2019, South Ankole Diocese Bishop Nathan Ahimbisibwe, cautioned youth not to be attracted to mushrooming churches and the miracles they allegedly deliver. The bishop said most of the miracles and prophecies are faked by selfish pastors who want to attract believers to their churches for commercial reasons. He added that false prophesy and miracles thrive because they are aired on radios and television.