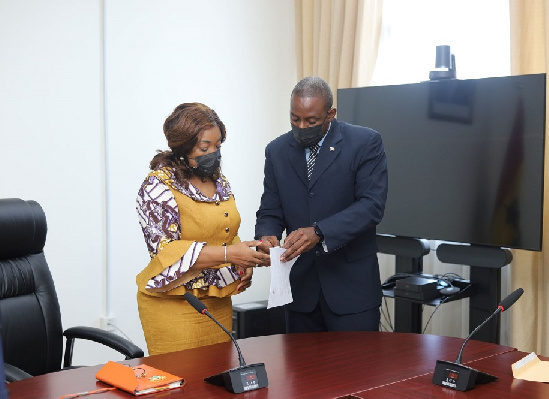 The Cuban government has dismissed claims that second-year Ghanaian medical student Erasmus Klutse died in Cuba due to their negligence.

This information was made known by the Cuban Ambassador to Ghana, Pedro Luiz Gonzalez when he presented an open letter to Ghana’s Foreign Affairs Minister.

According to Mr. Gonzalez, his country cannot be blamed for the demise of the Ghanaian student because Cuba did its best.

“Nobody (No Ghanaian student) will be left unattended to in Cuba, in terms of medical care, that I can assure you. We are all humans and this situation is very unfortunate but it is important that the media in Ghana knows what actually happened. I can assure you that he (Erasmus Klutse) received the best medical attention.”

“We received the news with a lot of concern, and we believe that he was not denied any medical attention. I know that from the briefings I have received on the matter. We are following happenings and I would be grateful if you can share the full report on the matter.”

Erasmus Klutse was a 2nd-year Medical student in Cuba on scholarship from the Ghana National Petroleum Corporation.

He died on May 7, 2021, after he was reportedly refused treatment when he fell ill and was rushed to the school’s campus.

He subsequently needed to be sent outside the campus but the ambulance had no gasoline and there was no funding to help the situation.

Eugene Oko Richman, a Ghanaian student leader in Cuba lamented neglect by the Ghanaian Embassy and their sponsors, GNPC.

“Just this last Friday, we lost a student of ours, a brother, Erasmus Klutse and one of the reasons why we lost him was because of the poor health treatment that we’ve been receiving,” he told Class FM.

Eugene continued that, “And the issue that we have is that the mission here has made it very easy for the Cubans not to make us a priority when it comes to our health because if they had sent an ambulance to him, we feel that his death could have been prevented”.