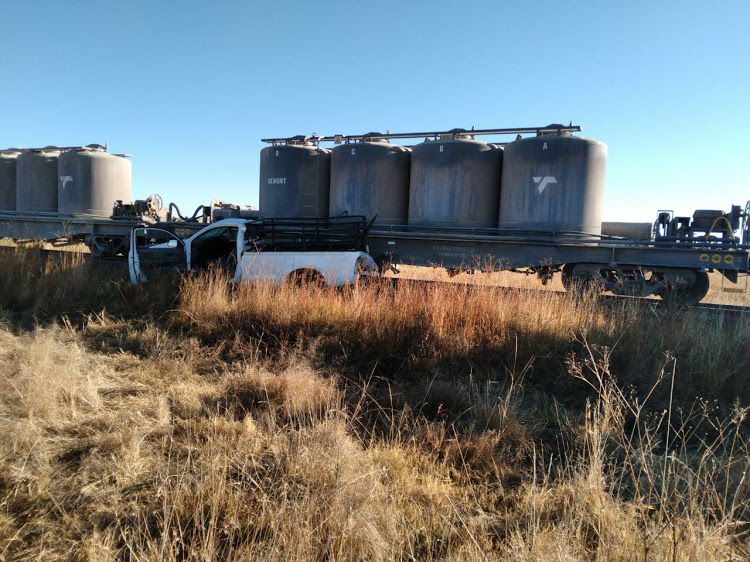 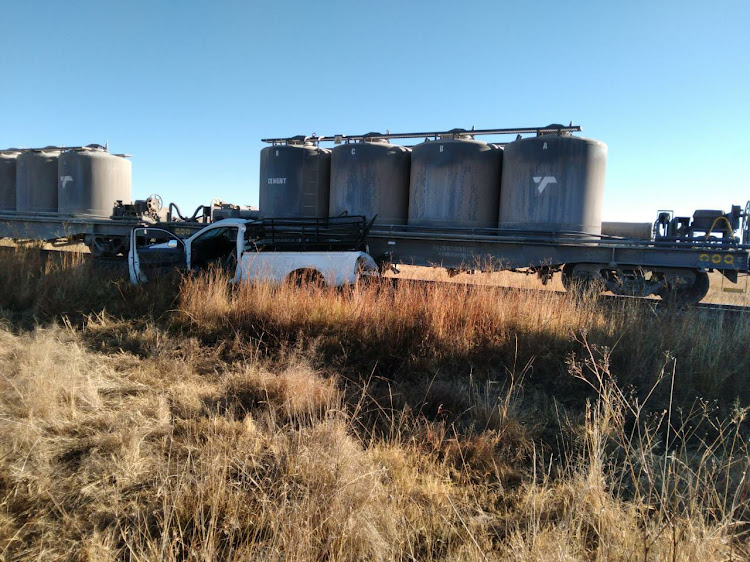 A goods train collided with a bakkie at a level crossing early on Thursday in the Free State.
Image: SAPS

Two farm workers were killed when a goods train collided with a bakkie early on Thursday at a railway crossing in the Free State.

The collision happened at 6.38am near Alpha farm in the Thaba Nchu district.

“The train driver alleges that he noticed a white bakkie on the level crossing and tried to warn the driver but the bakkie remained stationary until the two collided,” said police spokesperson Brig Motantsi Makhele.

“Two farm workers who were allegedly on patrol last night around the farm were declared dead.”

Makhele said a case of culpable homicide had been registered for investigation.

AKA withdraws from Joburg Day event and all other public appearances