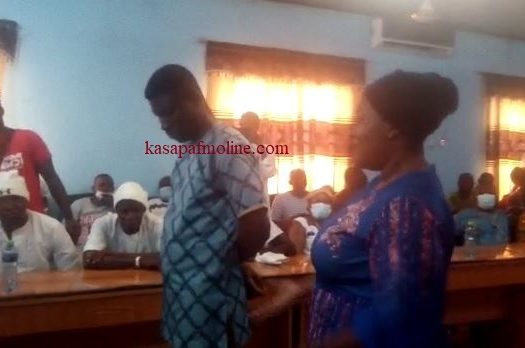 The Nungua Traditional Council has imposed a GHc100,000 hefty fine on one Evangelist Prince Adu Asare, a Radio presenter and owners of No.1 FM for disparaging comments made against the people of Teshie and Nungua.

In addition to the cash, they have also been asked to bring five whites cows, seven each of sheep and goats, 25 whites fowl, knives(7), and seven full pieces of white, black, and red calico each.

They are also to bring seven boxes each of schnapps, castle bridge, cloth Holland, as well as seven crates of white eggs and red eggs.

They have been given a two-week ultimatum to settle the fine.

This was after the Gborbu Wulomo Shitse, Overlord of the Ga-Dangme state invited the presenter and the producer of the religious show ‘Adom Mmere’ to appear before the traditional leaders to justify their comments. 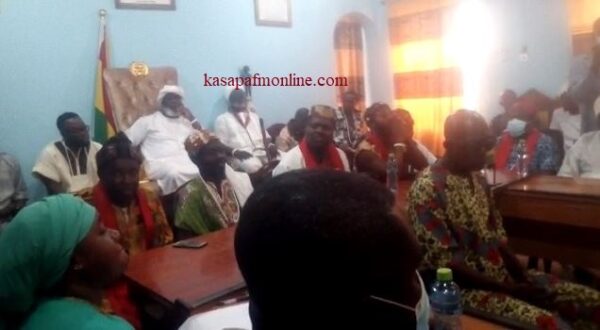 They are said to have proclaimed that Teshie and Nungua towns are plagued with witchcraft and a deity in the town called ‘Ogbee Sango’ are responsible for curses and misfortunes in the area.

They claimed that it was impossible for any strange or any business to flourish at Nungua as the founders of the town are witches and wizards.

They also claimed that Nungua is the headquarters of all witches in the area and this the Nungua Traditional Area found it damning on the socio-economic development of Nungua and the entire Ga Dangme state.

Evangelist Adu Asare, who appeared with the program’s manager of the station apologized to the large gathering comprising of representatives from various Ga Damgne groups.

The Osu Klottey and Naadu WULOMO NUMO Osikan Kpeneku said the items were to pacify and cleanse all the Ga Dangme clans for disparaging and denigrating the people of the land.

While apologizing profusely for the unfortunate incident, they assured that such an incident will not happen again.

They also say they are willing to use their medium to project and promote activities of the Nungua township.

The program’s manager added that, they are prepared to offer opportunities for two people who want to work with her outfit.