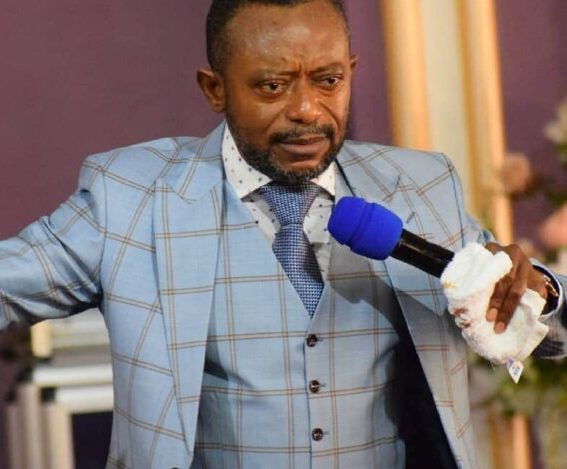 The Founder and Leader of the Glorious Word Power Ministries International, Reverend Isaac Owusu-Bempah, has, in a new video during a church service on Sunday, 9th May 9, 2021 discounted a prophecy he gave way back in 2015 and explained that there is now no hindrance to Dr. Mahamudu Bawumia becoming President of Ghana.

According to him, though God revealed it to him that there was a hindrance to the then running mate succeeding then candidate Akufo-Addo, He (God) also showed him what to do to avert it.

“There is a 2015 prophetic video of me going viral which was about our Vice President Bawumia. It was in 2015 that God through me gave that prophecy” he said in the new video.

He questioned the rationale behind the video being circulated six years after that prophetic word came to him.

“One thing is, that prophetic word was in 2015, the NPP came to power in 2016. We are in 2021, how many years? Six years. Why is it this time that some people are using that part of the message and spreading it?” he queried.

Rev. Owusu-Bempah emphasized that though God revealed that to him then, the same God also showed him what to do to prevent what loomed ahead of Dr. Bawumia.

“Then God said to me He was going to reveal to me what would hinder the prophecy from coming to pass. And I prayed about it and God showed me what I should do to avert it. We did it” the man of God stated.

He also said that God told him that Akufo-Addo’s Presidency was intact and it was left with that of his running mate.

The man of God ended his sermon by saying that God reveals to redeem and He did just that as He (God) showed him what to do for Dr. Bawumia and it was done.