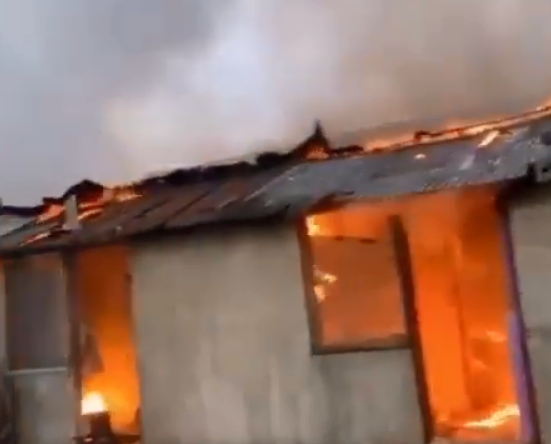 A pandemonium was recorded in Palladium, Jamestown when three-bedroom Loiusa house went up in flames.

According to reports, the fire is suspected to have been caused by a gas cylinger explosion in one of the three rooms.

A resident is said to have left her meal on fire unattended to, and returned to meet her section in flames.

Several calls were made to the Fire Service who, as at the time of filing the report, had not yet showed up to the premise.

Consequently, two other rooms of the detached house were swept in the fire, as residents watch helplessly.