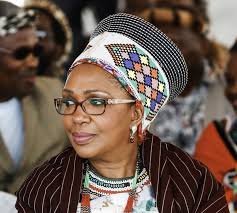 Queen Mantfombi Dlamini Zulu died last Thursday night at the Milpark hospital in Johannesburg, at the age of 65.

The AmaZulu and eSwatini royal families will transport the body of the AmaZulu regent, Queen Mantfombi Dlamini Zulu, from Johannesburg to the KwaKhangelamankengane royal palace in Kwa-Nongoma, in northern KwaZulu-Natal(KZN), on Wednesday.

The Queen died last Thursday night at the Milpark hospital in Johannesburg, at the age of 65.

She was appointed as the interim leader of the Zulu Kingdom, after King Goodwill Zwelithini’s death in March.

The queen’s funeral will take place on Thursday night at Nongoma and a memorial service will be held on Friday. She was accorded a  Special Official Provincial Category 2 Service.

The Gauteng provincial government is working together with the KwaZulu-Natal government in arranging the return of the regent’s remains from Johannesburg.

According to Zulu custom, Queen Mantfombi’s remains will be interred in secret on Thursday night.

It is expected that female regiments known as Isiphithiphithi will take part in activities associated with the funeral.

There is a heavy police presence outside the Johannesburg mortuary, from where the AmaZulu and eSwatini royal families will transport the body of the AmaZulu regent

Scores of Zulu girls and warriors are expected to gather outside the mortuary in honour of the Queen.

Several police vehicles including a police nyala are currently stationed outside the mortuary, as scores of mourners are expected to flock there on Wednesday morning.

At this stage, it is still unclear as to exactly what time the queen’s body will be transported to KwaZulu-Natal.

About 100 young Zulu maidens, or izintombi, have braved the cold weather and held a night vigil outside the Johannesburg mortuary in honour of the AmaZulu regent Queen.

The General-Secretary of Imbuba yaMasiko in Gauteng, Nokukhanya Khubeka says, “It’s part and parcel of mourning. That’s how we mourn in prayers. We pray for the spitting of her majesty. We are showing sympathy and how we feel. We are grateful for what we have been shown by her majesty during her time of living. We have over 6000 maidens in Gauteng because of her contribution.”

In the video below, Prince Mangosuthu Buthelezi speaks to SABC on the passing of AmaZulu Regent Queen Mantfombi: 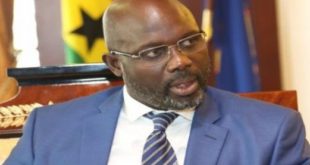 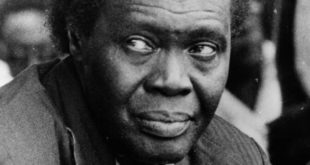