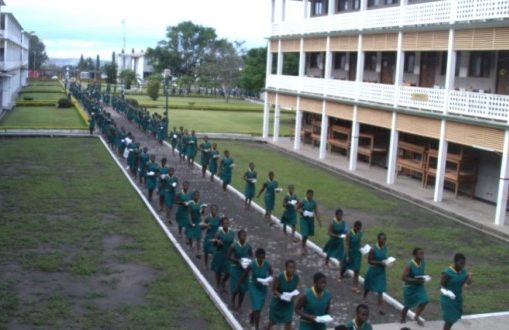 A former Director-General of the Ghana Education Service (GES) Michael Nsowah has expressed disappointment over the Methodist Church’s response to the ongoing impasse over fasting by Muslim students at Wesley Girls’ SHS.

The Methodist Church of Ghana has rejected a directive by the GES to allow Muslim students at the school to fast during Ramadan.

The GES directive followed a decision by the Headmistress of Wesley Girls’ High School not to allow Muslim students at the school to fast in the ongoing Ramadan.

“The school rule in question is a long-standing one that is also non-religious and various renowned Muslim ladies in Ghana have passed through the school adhering to such a rule. The policies of the School over the 186 years of its existence have resulted in Wesley Girls High School being the school of Choice, Excellence and Achievement and the Church remain in full support of these policies.

Reacting to the development, Mr Nsowah said the school should comply with the directive of the Ghana Education Service in the matter.

“There’s an understanding that if they (students) are below 18, by their own religion they’re not allowed to fast. However, parents can decide that they start this journey at age 16,” he told Francis Abban.

Student whipped 25 times at St. Stephens SHS despite law against it