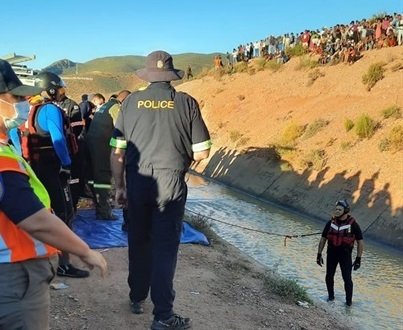 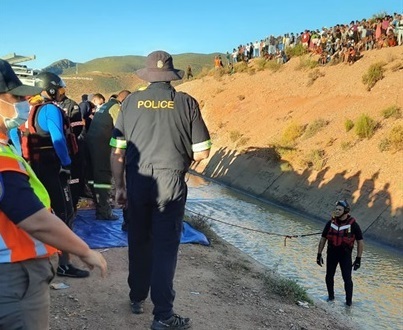 The body of a 9-year girl has been found near a canal in Dysselsdorp, just outside Oudtshoorn, after she slipped and fell into the water.

Rudicia Gelant, was playing with her friends near the canal when tragedy struck on Sunday morning.

Police said an intensive search-and-rescue operation commenced after it was established that the girl who had been playing with a group of children in the vicinity of the canal in Carew Road, around 10:30 on Sunday morning.

“Another girl attempted to rescue the girl when she also slipped and fell into the water. Bystanders noticed the incident and managed to rescue the second girl,” police spokesperson Sergeant Christopher Spies said. The scene where the girl’s body was found.
Photo SuppliedSAPS

According to police, bystanders were unfortunately unable to save Gelant.

Spies said the search started at 11:00 and continued into the night until 19:45 on Sunday evening.

“The parents of Gelant were on the scene when the police arrived and identified their daughter’s body,” said Spies.

An inquest docket was opened for further investigation.

According to Spies, an autopsy will be conducted on the little girl during the course of the week.

Zulu Queen’s body to arrive in Nongoma on Wednesday