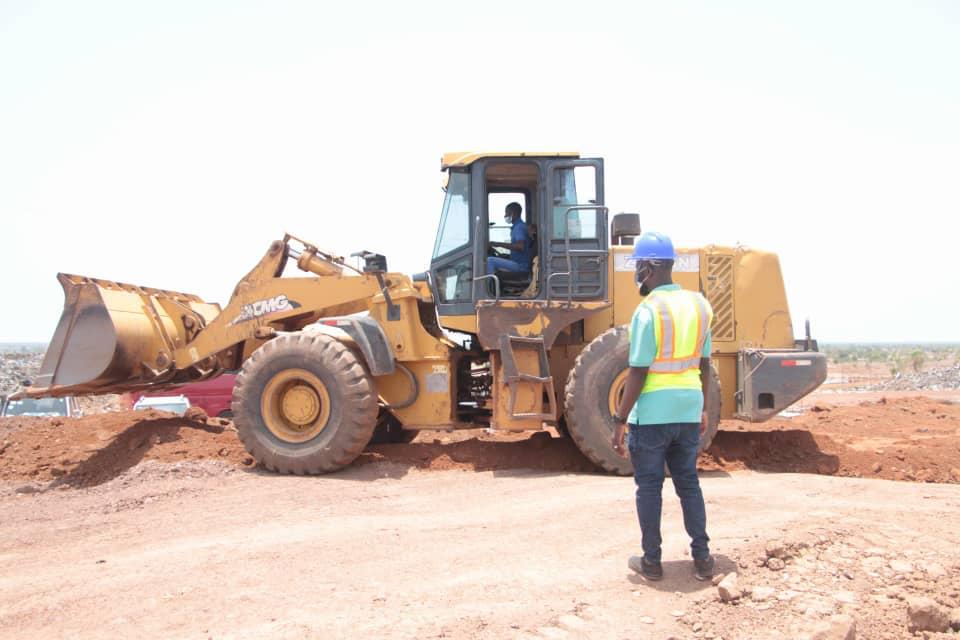 The Parliamentary Committee on Local Government and Rural Development has given Zoomlion thumbs up over the ongoing works at IRECOP And Landfill Sites across the country.

It comes after the committee paid a working visit to the Northern Region to supervise ongoing projects being undertaken by the Waste Management experts.

According to the Chairman of the Committee Mr Emmanuel Akwasi the visit to the ongoing Integrated Recycling and Compost Plants(IRECOP) sites is to ascertain how best projects can be expedited to ensure sanitation challenges in the country becomes a thing of the past.

Speaking to Journalists at Gbalahi in the sagnarigu Municipality, Tamale Northern region on the 28th April 2021 he also commended the contractors on-site for their efforts in ensuring the projects are completed in fine.

“Members are happy with what they have seen so far and we commend the Jospong Group Of Companies(JGC), Government and the Tamale Metropolitan Assembly and the Contractors.

Their work seeks to complement on solving waste challenges and that is all that we are expecting.

He expressed happiness over the progress of work done so far.

He said that the committee is will do what it can to encourage Zoomlion to speed up the projects across the country.

The ranking member of the Local Government and Rural Development Committee Mr Edwin Nii Lante Vanderpuye on his part said it was privileged to be part of the team.

“Assurance was given to us the last time we came here and I must say that I’m impressed with the work done as compared to that of Takoradi”.

Mr Nii Lante, therefore, appealed to the authorities in charge to compensate the farmers within the area the project is taking place.

The Chairman of the Parliamentary Select Committee on Environment, Science, Technology and Innovation Dr Emmanuel Marfo also said that he is also enthused with the work done at the Landfill site in the Northern Region.

He stressed that, the assembly is also testing the quality of water around the various dumbing sites to determine whether the water will be safe from pollution and poisoning and will be safe for usage.