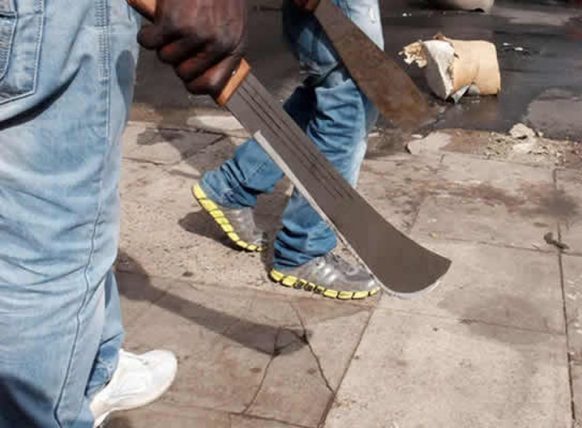 At least four residents of the Nyamebeye-Beposo community Newmont Resettlement Camp at Kenyase in the Ahafo region have sustained several degrees of machete injuries after they were attacked by some thugs suspected to be working for Newmont Goldcorp.

According to our source at Nyamebeye-Beposo community near the Newmont Resettlement Camp at Kenyase in the Ahafo region, the four who have sustained injuries were among some residents of the area who insisted on preventing Newmont from taking over their lands for mining.

The source said the resistance led to the attacks which led the victims to be hospitalized whiles other residents run to save their lives.

The four persons who were severely injured in the process are Adams Awinde, John Ayariga, Charles Adam and Imoro Goji.

Also, Anane Folly, who was videoing the brutality was not spared by the heavily-built “thugs” as he was allegedly beaten.

One of the victims whose name cannot be mentioned but spoke to MyNewsGh.com said although he cannot confirm whether the thugs are from Newmont Goldcorp, they blame the mining company because they are the ones they were prevented from working on their land when the thugs moved in.