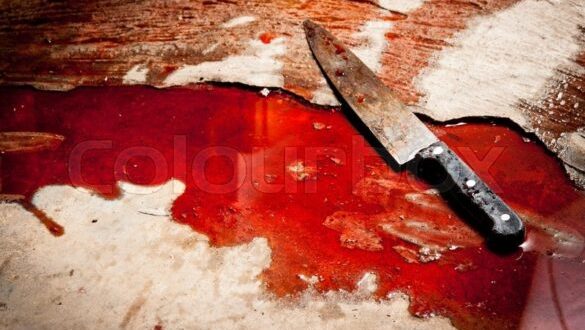 An 18-year-old boy has allegedly killed his 25 year-old elder brother at Essaman, a fishing community near Sekondi.

The deceased, Benya Akroma, was said to have met his untimely death when he intervened in a fight between his younger brother, Emmanuel Akroma and their mother.

Speaking to journalists later, the mother, Esi Kakraba said her younger son is a constant trouble maker and has caused a lot of problems at home.

“He has been a bad child, I took him to school but he stopped and decided to be in the ghetto. I suspect he is a drug addict”, she said.

According to Esi Kakraba, her 18 year-old son has refused to learn any trade and spends most of his life in the ghetto.

“He always brings home debt for me to pay. He is a drug addict and has threatened to kill me on several occasions. Now he has ended the life of his brother”, she indicated.

She said on that fateful day, Emmanuel came home from his hideout in the evening of Thursday, April 29, 2021 and started causing confusion in the house for no apparent reason.

“Emmanuel came home and started insulting everybody. Let me add that my younger son has sold everything in the house and whenever we talk about it, he gets angry”.

She said when he got home on Thursday evening at about 7pm, he started insulting her (the mother) and even destroyed the gate of the house.

She said the body of the deceased, Benya Akroma has been deposited at the morgue pending further investigation.

She added that her younger son is currently in the custody of the Sekondi Police.

DSP Olivia Ewurabena Adiku, Head of Public Affairs Unit of the Western Regional Police Command confirmed the incident and said it happened at about 7pm on Thursday.

She said on Thursday, at about 11:50pm, the mother of the two brothers, Esi Kakraba reported to the Sekondi Police that around 7pm, her two sons Benya Akromah aged 25 and Emmanuel Akromah age 18, fought.

The complainant further stated that during the fight, Emmanuel Akromah stabbed Benya Akromah with a sharp object at the throat and he sustained injury.

She said the victim was rushed to the Effia Nkwanta Regional Hospital and was admitted for treatment but died a few hours later.

DSP Adiku indicated the body of the deceased was deposited at Takoradi Hospital mortuary for preservation and autopsy, whilst Police investigation continues.