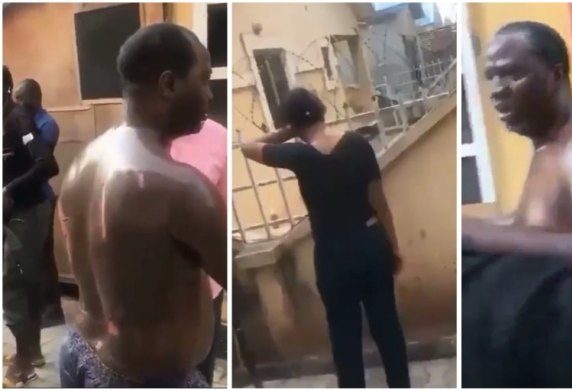 Cheating is a menace plaguing many relationships as most discussions on social media these days is about ladies who are facing serious issues from their unfaithful men.

Sadly, most married men are unable to stop this cheating habit and has become a problem for many.

Well, in a video sighted online by My News Ghana, a married man is seen with several burns on his skin after a young lady that he dates as a “side chick”did the unthinkable to him, following a heated argument.

The middle-aged lady went berserk and poured hot cooking oil on her married ‘lover’, who is in his late 50s, leaving him with serious burns.

In the video, it could be seen that the married man was holding his head in confusion, probably wondering what he will tell his wife- while begging well-wishers to take him to the hospital.

Watch the video below for more :