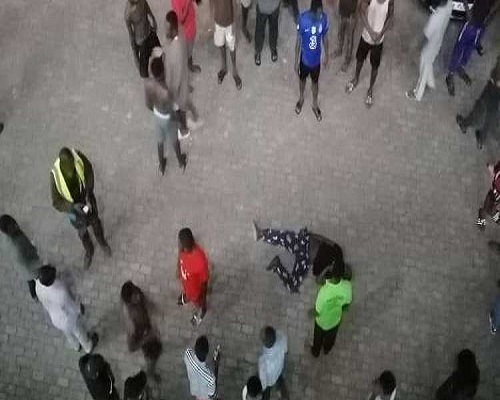 The Dean of Students and the Mensah Sarbah hall master of the University of Ghana have been invited by the police to submit their statements to help assist with investigations into the case involving a 24-year-old man who allegedly fell from the 4th floor of the Mensah Sarbah Hall Annex “A” last week.

The victim, identified as Fuseini Wahab Abdul, who was taken to the Legon Hospital has since been transferred to the Greater Accra Regional Hospital, Ridge, and is still in an unconscious state.

Briefing Graphic Online, the Public Relations Officer of the Accra Regional Police Command, Deputy Superintendent of Police (DSP) Mrs Effia Tenge said the police have already interrogated some persons they identified as floor and roommates of the victim.

When the police went to the scene, the victim had been taken to the Legon Hospital.

A team of investigators went to the Legon Hospital and found Abdul in critical condition receiving treatment.

The team, Mrs Tenge said, went to the scene where they found a dark spot believed to be stained by the blood of the victim after he fell and sustained injuries.

Later, she said, crime scene technicians were invited from the CID Headquarters to process the scene to assist investigations.

COVID -19 And Disability: 80% of children failing in their learning