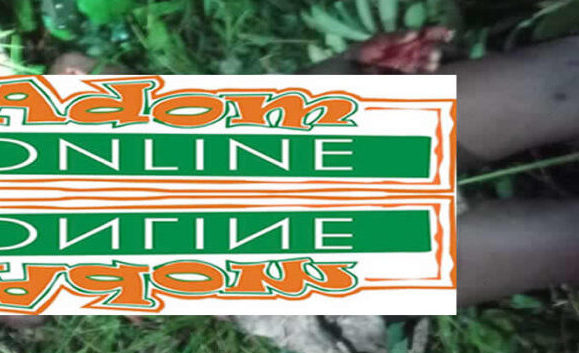 A 16-year-old Junior High School (JHS) pupil has been murdered at Asirifikrom in the Adansi Asokwa District of Ashanti Region.

The deceased, Augustina Tagbor, also known as Mawusi, had gone to the farm to get foodstuffs when she was murdered, Isaac Normanyo reported on Adom FM’s morning show, Dwaso Nsem, Tuesday.

The incident happened on Monday afternoon.

An aunt of the deceased, according to reports, waited for Mawusi but she took too long to return so she decided to go in search of her in the farm.

On getting to the farm, she met the lifeless body lying in a pool of blood.

Upon careful examination of her body it was discovered that some parts were missing with sperms also found in between her private part.

Mawusi‘s hands, fingers, parts of her thighs, and other parts were cut with blood oozing from many parts of her body.

There is not yet any clue regarding who may have commited the murder.

Her body has since been conveyed to the morgue.

Source: Adomonline.com
Related Topics:girlJHSmurder
Up Next