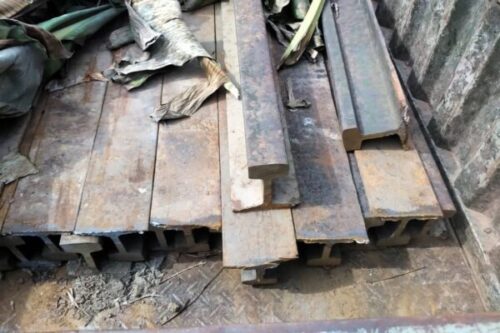 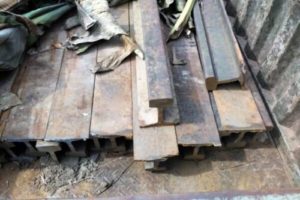 The suspects loaded the railway lines onto a tricycle (Aboboyaa) and covered it with plantain leaves in a bid to evade arrest.

However, they were arrested by residents and were handed over to Twifo Ati-Morkwa police.

According to Chief of Twifo Nuamakrom, Nana Akrofi I, he became suspicious after realizing that the tricycle could not move freely as it should. Out of curiosity, he decided to find out what load the tricycle was carrying only to discover many heavy railway plates of steel that was being carted away. 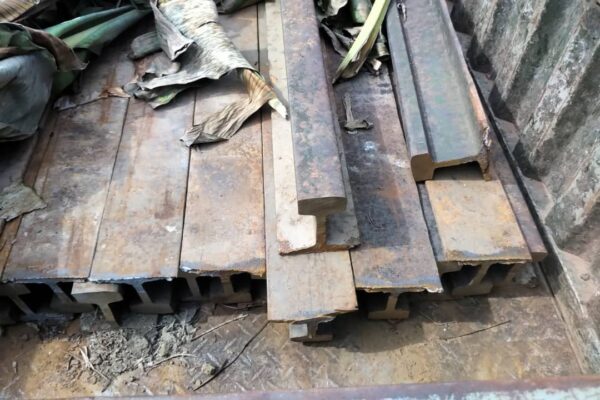 The suspects were then arrested and handed over to the police.

Three of the suspects initially run away but were later grabbed by the residents and the Chief himself.

The Chief stated that people have been stealing the railway steels and vowed to deal ruthlessly with culprits.

The suspects are in the custody of Twifu Praso Police Custody assisting in investigations.