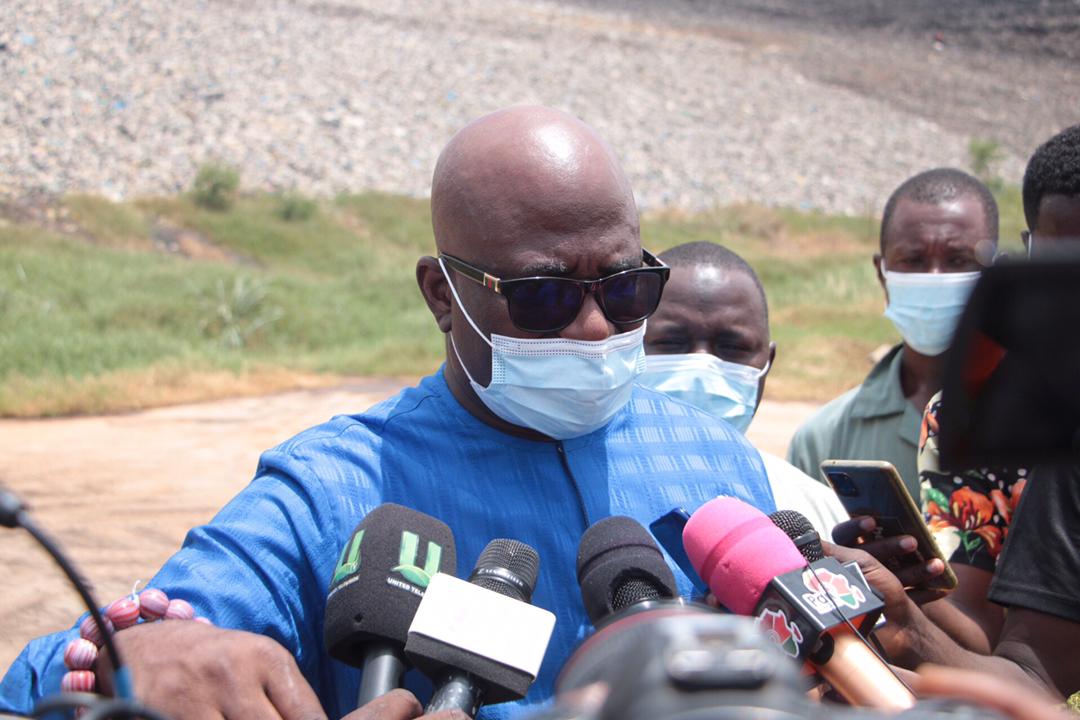 The Ranking Member of the Parliamentary Committee on Environment, Science and Technology, Mr. Ebenezer Okletey Terlabi has urged  government to allocate adequate  funding to service providers to provide proper sanitation and waste management in the country.

Speaking to the media at the Oti landfill site in the Asokwa Municipality of the Ashanti Region, Mr. Terlabi said the government should review the 5 per cent common fund allocation to the Metropolitan, Municipal and District Assemblies(MMDCEs) as it is woefully inadequate to properly manage the sanitation situation in the country.

He said “There is a lot to be done as far as waste management is concerned in the country. I have lived in Kumasi for almost 20 years and coming back to see where we are in our effort to manage waste is poor considering the continuous increase in population. We are still generating waste which requires a lot of money to manage and therefore assessment and tackling the situation must be serious on the agenda of government so that the money which will be allocated will not go waste”.

He said the establishment of the landfill sites in the country by putting up solid and liquid waste treatment facilities is a reasonable idea by the Jospong Group of Companies in collaboration with Government but the Government should make the planning of the areas a priority adding that “Development has reached to Adagya, where the Kumasi Compost Plant is operating because roads have been constructed by a private entity Zoomlion Ghana Limited for access to its compost plant and that is laudable. Sometime back that place was a little bit isolated even though it was located in the regional capital”.

Mr. Okletey Terlabi commended the Jospong Group for taking it upon themselves to ensure the entire nation lives under  healthy conditions.

He said the Jospong Group will forever be remembered and praised for the good works done so far to ensure the entire country is kept clean and safe.

Murder of AWA Engineer: Suspects say they mistook Kumi for a pig