The mortal remains of the 25-year-old lady, Kafui Harriet Hiati who was gruesomely murdered in the Volta regional capital, Ho, last month has been laid to rest this morning.

The final funeral and burial rites took place in her hometown, Agortime-Kpetoe, where hundreds of families and friends gathered to mourn the departure of a promising young lady.

Kafui Hiati, a former student of the Sokode Technical Senior High School was allegedly killed by the boyfriend in the night of March 22, 2021 during a misunderstanding between the two.

Significant to the final funeral rites is the fact that the body was sent straight to the cemetery from the morgue, where the necessary rites were performed before she was buried.

The body according to tradition is not supposed to be brought home since such deaths are considered unnatural and abominable.

Funeral donation is collected on leaves -a tradition that is also associated with the burial of people who depart mother Earth through such deaths.

Manfred Agutor, a family head explains why Kafui’s funeral rites would have to take a different form.

He said, “We consider this form of death as a taboo and so we don’t organize such funerals at home. We take the body straight to the cemetery from the morgue where we perform all the necessary rites.”

“It is believed that death in itself is a living spirit and once we organize the funeral in this more or less abhorrent manner, such deaths wouldn’t occur again,” he added.

Seated at the burial today, was the grieving mother of the deceased who could not withhold the sight of the final journey of her only daughter and had to be taken away early before the burial.

According to sources within the police, Jay Dordorye, boyfriend of the deceased who is said to have committed the crime is responding to treatment and may soon recover.

Jay, also sustained injuries he supposedly inflicted on himself in an attempt to commit suicide after the murder of Kafui.

He has since been on admission under police surveillance at the Ho Teaching hospital and would be arraigned before court once he is discharged. 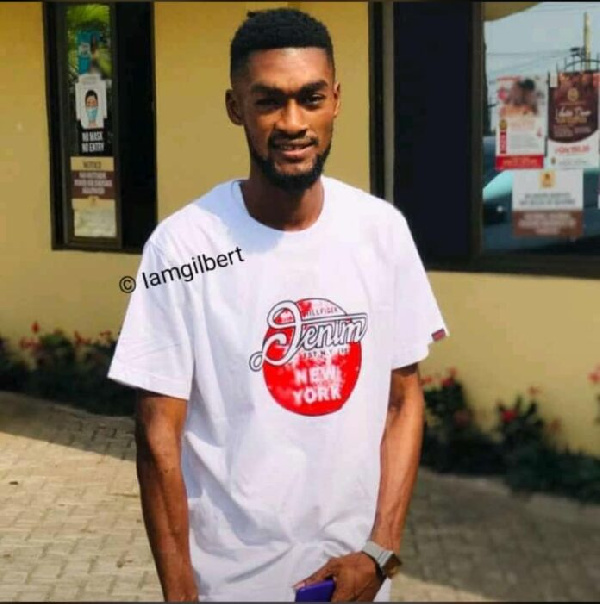