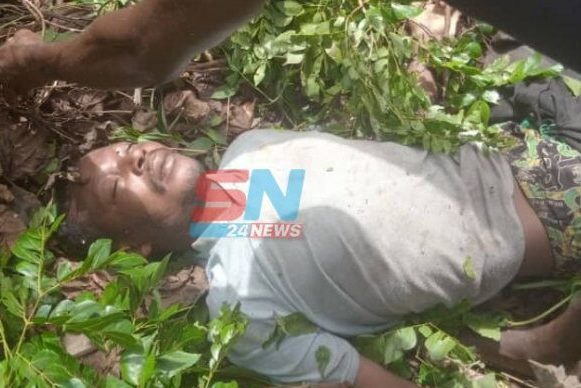 A 48-year-old man with the name Silas has been Electrocuted to death at Sikaman Baasa a farming community in the Akrofuom district of the Ashanti region.

According to an eyewitness, Silas was contracted to fall big trees on his employer’s farm. Unfortunately for him, some of the trees fell on a high tension (Electricity) wire which sensed danger. Silas decided to prune the branches to get the trees down so he won’t be found wanting but his cutlass, unfortunately, touched a naked wire leading to electrocution. Investigations are currently underway to establish the cause of his death.