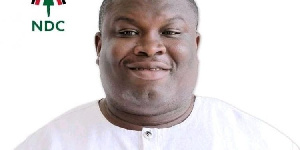 The move was in compliance with a court order.

The High Court had ruled that the original documents of the pink sheets should be presented to the candidate for inspection but the EC failed to heed the directive and instead provided photocopies.

Due to the EC’s failure to properly produce the documents directed by the High Court, the court awarded a cost of GH¢2,000 in favour of the petitioner, Christopher Beyere Baasongti.

The EC was also instructed to ensure that the original copies are made available by 2 PM on April 19.

The EC, according to reports, arrived at the court on Monday, April 19, an hour late to file the original documents.

The opposition NDC in arriving at the court, came along with a power generator and a photocopier to assess the documents.

This is because there was nearly a power outage while the EC was filing its documents but the NDC was able to assess the documents.

Johnson Asiedu Nketia, the General Secretary of the NDC told the media: “This is just a simple process of the EC producing originals of some documents for our inspection, so we have inspected them and done some photocopies. The contents will be discussed when they are in the witness box.”

Asiedu Nketia was quoted in a Citi news report monitored by GhanaWeb: “They have provided us with documents, but we believe there are issues around those documents…we knew there could be a power outage so we came prepared with our photocopier and our generator so the lights going off couldn’t have stopped the process”.