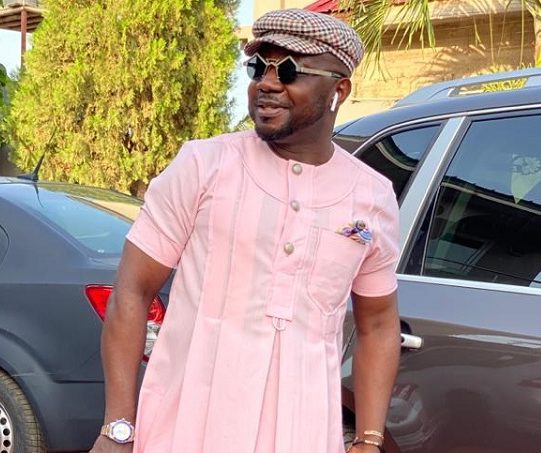 Fashionista Osebo, well known in Ghana with his trending photos on social media, has disclosed that pushing truck paved the way for him to become a successful businessman.

In an interview on entertainment talk show Anigye Mmre on Accra-based Onua FM over the weekend, Osebo revealed to host Christian Agyei Frimpong that he decided to quit school after he completed Form 4 even though he was brilliant at school.

He said he decided to quit school because his father, as a police officer then, was not earning that much to cater for all his six children.

As a result, Osebo said he decided to sacrifice for the rest of his siblings because he was the first child. His father was, however, not in support of his intention, he said.

He said during that time he didn’t have his own truck so he had to hire one to enable him to make money at the end of the day.

Osebo disclosed that he pushed the truck for four years at Suhum and there was an elderly man who was in his 60s who hired him to carry his goods for him but refused to pay him for his service on four occasions.

According to him, one day the man gave him CFA to change into Cedis for him. He continued that when he came back, the man had left so he kept the money with his father.

The man, who was a Togolese, returned and when he saw him, asked for his money.

So Osebo narrates that he went home and brought the money to the man and again carried bags of cement to Asamankese station for the man.

Osebo said he thought the man will pay him that day, but after offloading the cement, the man gave him the direction to his village and asked him to pay him a visit.

After he visited the man in his village, as his reward, the man gave him an envelope which contained a Togolese passport.

Then holders of Togolese passport can travel to Italy or Germany without a Visa, so he went to Tip-Toe Lane in Accra Kwame Nkrumah Circle for his passport picture to be replaced with the one in it.

That passport took him to Italy and changed his life. He has been able to change the life of all his siblings and they are all successful outside the country.