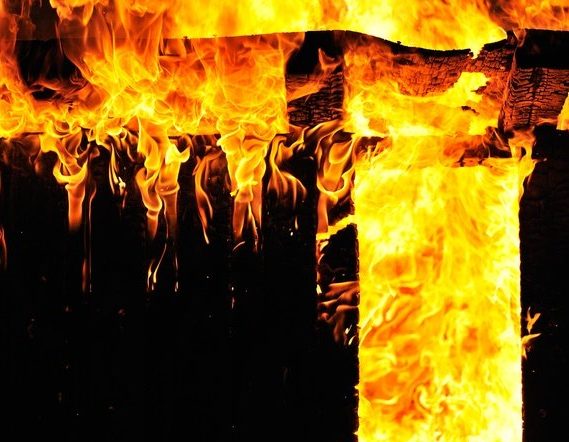 Two cousins, aged seven and eight, died when their Mpumalanga home caught fire while they were asleep.

According to police, the girls’ parents were away and their uncle, who lives in the same house in Masoyi, was visiting neighbours when the fire broke out on Friday night.

“It is said that the uncle was notified by one of the neighbours that a spotlight at the house, where the children were asleep, was off. He then went to investigate and on his arrival, he realised that the bedroom where the girls were, was on fire,” police spokesperson Colonel Donald Mdhluli said.

He then called other neighbours to assist [him to] extinguish the fire. However, the flames were too intense and the girls unfortunately perished in the fire.

An inquest docket has been opened.

‘Motionless’ on the floor

In a similar incident in the same area in March, a 38-year-old mother and her seven-year-old son burnt to death in their home.

“The woman’s husband informed police that he left the victims on Friday, 5 March 2021, and went to see his friends. Upon his return to his family, he reportedly noticed smoke coming from the house. He then broke the door to gain entry and found his wife and child on the floor motionless,” Mdlhuli said.

Paramedics certified them dead at the scene.

news24
Related Topics:cousinsDIEfireINTWO
Up Next