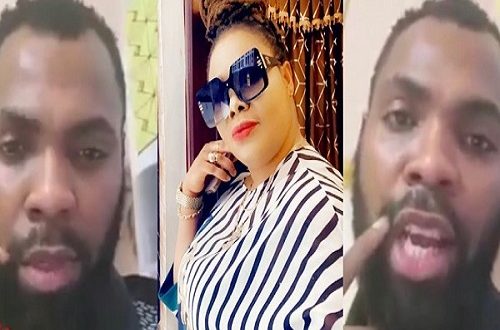 Rev Obofour, the head pastor of Anointed Palace Chapel, has finally responded to fetish priestess Nana Agradaa over her rants about him.

According to the man of God, the fetish priestess has been saying bad things about him for a long time and fabricating stories to smear his name.

Rev. Obofour has announced that he has had enough of it and that he intends to retaliate against her for offending him and his family all this time.READ ALSO  South African Dancer And Choreographer Kirvan Fortuin Allegedly Stabbed To Death By 14-Year-Old Girl

He put out a video discharging his anger and readiness to face the fetish priestess boot for boot.

Someone should give the video to Agradaa and tell her the battle line has been drawn and he is now ready to face her, he said in the video.