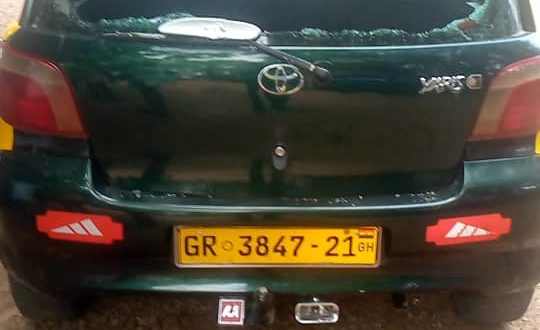 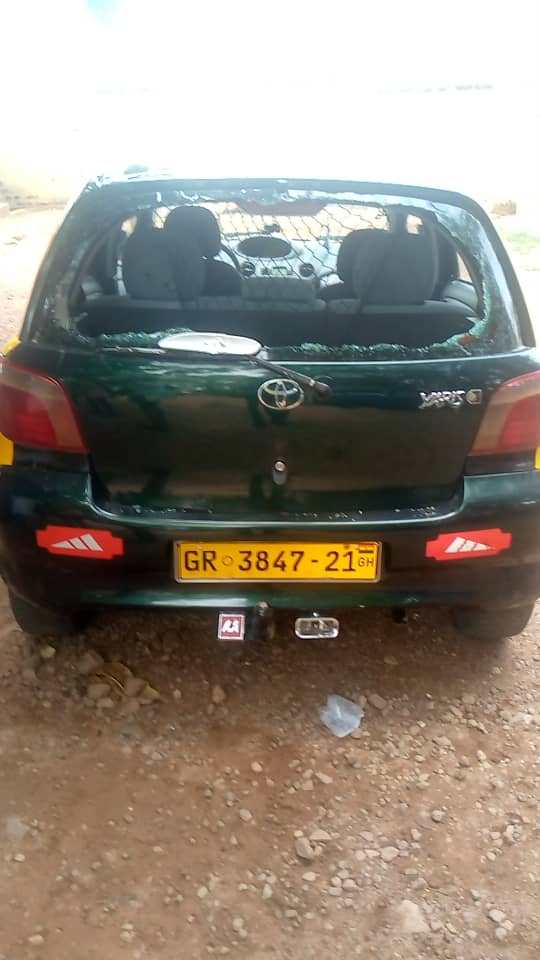 Angry residents of Asamankese in the Eastern region on Monday, April 5, 2021, mounted roadblocks and later besieged a Police station over the shooting to death of a taxi driver who is also a lumber dealer by Military officers.

The deceased -Yaw George, 33, was shot Monday morning while driving a taxi with registration number GR 3847-21 and escorting a truck transporting his lumber.

The military was reportedly chasing the lumber truck and the taxi driver now deceased. On approaching the Police barrier on Asamankese to Accra road, military personnel on board the vehicle of the task force chasing the truck, opened fire through the back windshield of the car killing the taxi driver instantly.

“The military man opened fire on the taxi driver upon reaching the barrier killing him at the spot at the Police barrier on Asamankese to Accra road. He shot him in the dead. Whenever he is transporting lumber to Accra, he follows with his taxi so the truck had even passed the barrier and left. So when the military shot the taxi driver they even abandoned him and were still pursuing the truck so it was the police officers who noticed the shooting incident and chased the military officers to report themselves to the Police,”. a witness told Starr Fm.

The incident caused spontaneous chaos in Asamankese township as some taxi drivers and youth mounted roadblocks and protested for justice. It took many minutes for Asamankese Police to quell the protest and eventually cleared the road for motorists.

The protestors later besieged the Asamankese Police station to impress upon the District Police Commander to arrest the culprit military officer.

“We will invoke curses on the military officer and his family. We will annihilate all of his family members. In Ghana, if you are not connected to a big man they treat you as a nonentity. We want justice we won’t let this go,” one of the angry protestors said.

Another person said “this is why people attack the Military. They take the laws into their hands.”

The Acting Public Relations Officer of the Eastern Regional Police Command Sergeant Francis Gomado confirmed the incident but hastened to add that the media will be briefed after the preliminary investigation is completed.

Previous One person shot dead in fuel station robbery incident
Next Russia: Putin signs law allowing him to rule till 2036