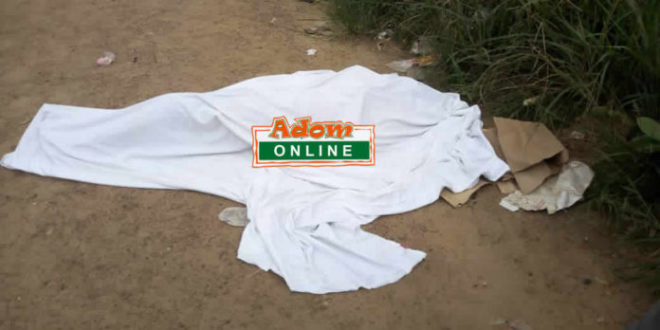 A man, believed to be in his thirties, has been discovered dead in the Densu River at Nsawam.

The deceased was spotted about 5:pm on April 1 by some passersby who reported to the authorities.

Considering his outfit, one could tell he was a corporate worker, yet authorities were yet to respond to calls to retrieve the body.

Residents expressed fury at the police service and said the stench from the site was unbearable, considering the river is a source of water for many in the district.

After long absence of the police, residents volunteered to do the removal mission of the corpse to save the water.

It was evident the deceased male had begun decomposing.

Presiding member of the Nsawam Assembly, Otoo Bekoe, said “we are working to remove it for burial, this can’t go to the mortuary.”