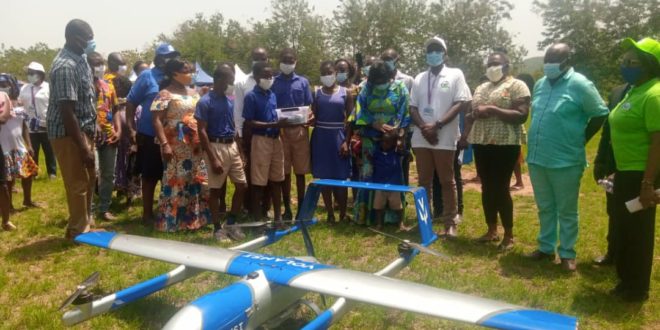 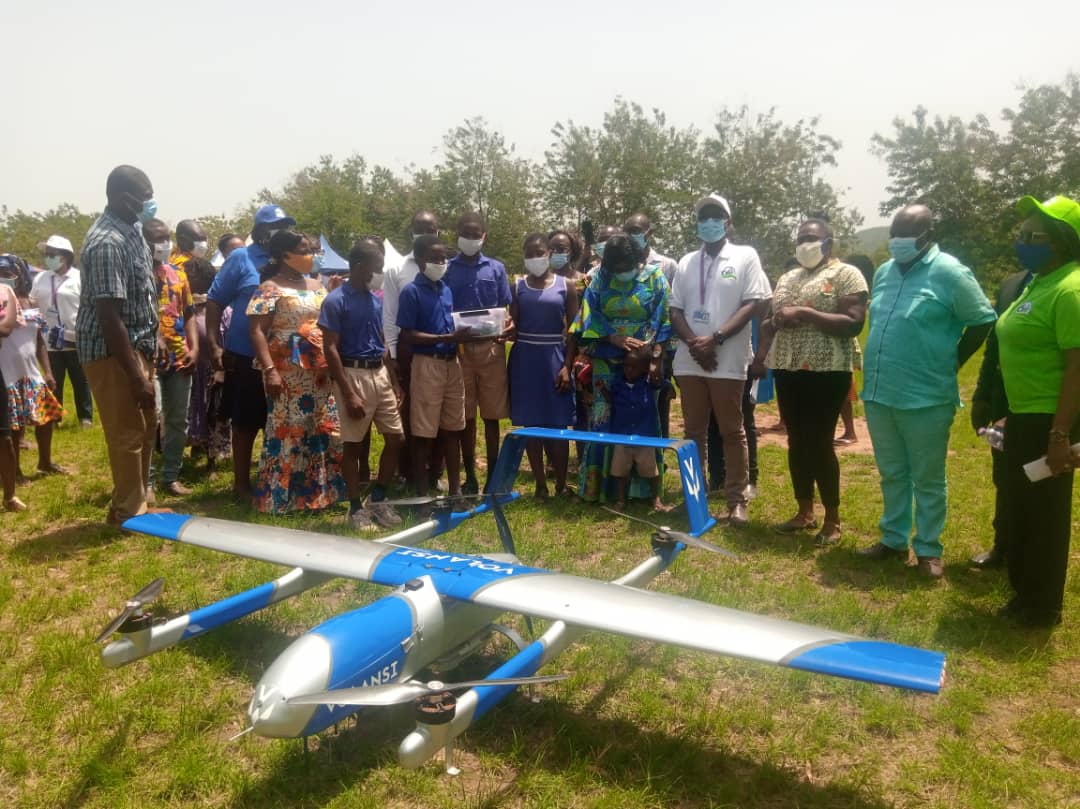 THE VOLTA River Authority (VRA), a state power generation company has started giving educational support to schools in its 15 impacted communities by drones as part of the Authority’s 60th anniversary.

About 16,000 schools children from 30 selected schools are expected to benefit from the VRA branded exercise books, reading and textbooks materials, pens, water bottles, mathematical sets among others for use in the schools to enhance knowledge at a cost of GHC2 million.

The items were distributed to basic schools in the 15 communities in some five regions namely, Kpone, Ada Akuse, Akosombo, Aboadze and Yeji as part of the VRA community development programme.

VRA Chief Executive Officer, Ing. Emmanuel Antwi-Darkwa, presenting the items at Nkwakubiw Presby Primary School in the Asuogyaman District of the Eastern Region on Friday said the Authority believes that education was the only foundation on which all efforts to create opportunities and partner their impacted communities could be achieved.

The aim of the donation, he mentioned is to ensure every child in the country is equipped with the needed materials to thrive and aim high in their educational pursuit.

“Our goal is to ensure that everyone in the classroom is equipped with the fundamental tools to thrive and also to support families and schools in the provision of such items.

“The pupils we see today are the nation’s great minds so children, I urge you to take your education seriously so that tomorrow your parents and the nation will be proud of you,” the VRA boss advised.

Ing. Antwi-Darkwa urged all to adhere to the COVID-19 protocols by always washing, wearing nose mask among others.

Asuogyaman District Director of Education, Theodora Kutarker Entee, who received the items on behalf of the 10 schools in her district, described the donation as a major intervention that would boost education in the area.

She was full of praises to VRA for taking the step to touch lives and support 10 selected schools in the district, thanking VRA for the kind gesture.

District Chief Executive (DCE) of Asuogyaman, Samuel Agyekum, urged the pupils to take advantage of the support from VRA to transform their lives.

He expressed his appreciation to VRA for coming to improve the standard of education and health in the district.

Meanwhile, Nana Konadu Agyemang, Asuogyaman District Public Health Nurse who spoke on behalf of the District Director of Health was optimistic that the items donated would be put into good use to bring transformation in the lives of the pupils and prevent contraction and spread and of the deadly novel coronavirus disease.

She, therefore, appealed to VRA to continue to come to the aid of the district by donating to schools and health institutions.